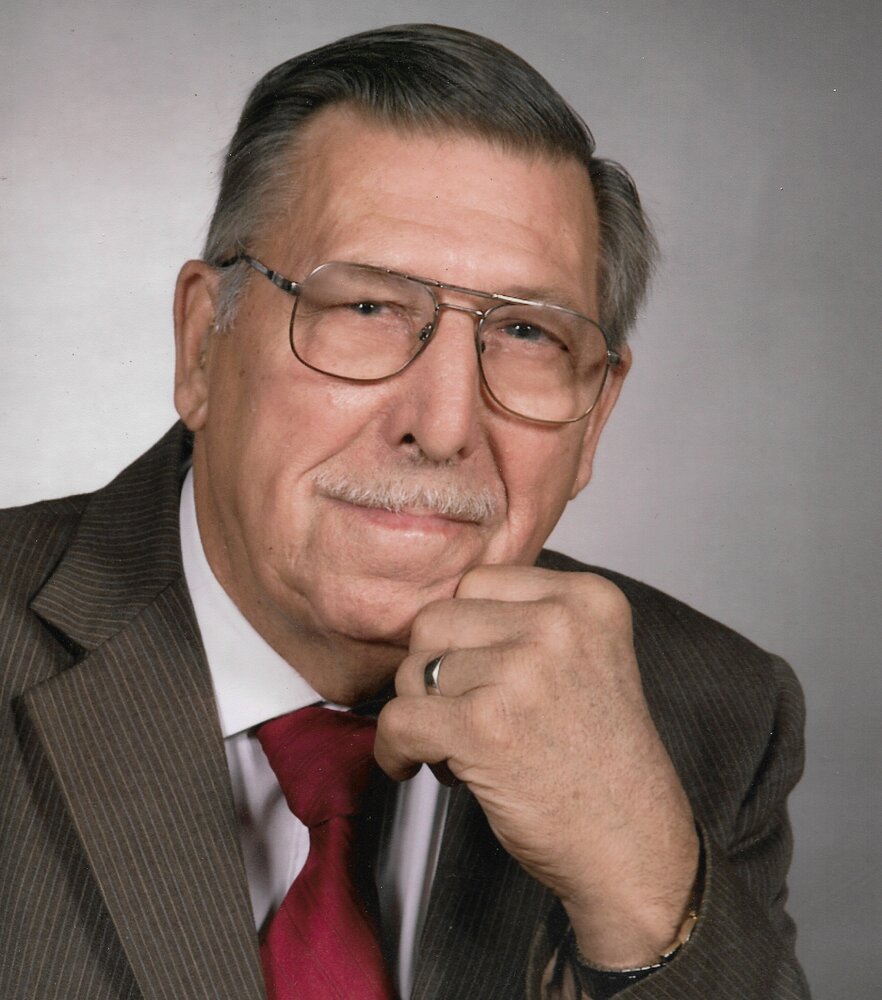 Herman Vearl Moyer was born on January 10, 1935 in Monroe, Michigan. He was the eldest of seven children born to Vearl and Martha (Werstein) Moyer. On April 30, 1955 Herman wed the former Nancy Jean LaVigne at Grace Lutheran Church in Monroe. The couple were blessed with six children while enjoying sixty-seven years of marriage.   Herman was employed at the paper mill, Union Camp Corporation in Monroe for forty-two years before its closure.   He continued working at Ace Packaging Systems in Monroe for three additional years before finally retiring in 2000.

Herman loved to play cards, and while his favorites were Euchre and Cribbage, he would challenge anyone willing to sit down to a game.  His love of golf shined through as his favorite pastime. He played on leagues for many years and continued to hit the links up until age 85.   Herman was a Country and Bluegrass music fan.   He was proud to have met Little Jimmy Dickens and to have had his photo taken with him.   Herman would sometimes stay up late watching Westerns and re-runs of the Grand Ol’ Opry.   He had a love of gadgets and was always sure to have the latest stereo equipment, video camera, or computer.  He proudly captured countless treasured memories of his family over the years and has a large collection of home videos.

Herman and Nancy loved to travel near and far. Over the years they went as far as Las Vegas, Nashville and the northernmost shores of Michigan.  Every summer for many years he took his grandchildren in his motorhome to the hotdog stand, ice cream parlor, and even the playground.

Herman loved to fish. He had the pleasure of casting a line into the fresh waters of Lake Superior, all the way to the salty waters of the Gulf of Mexico.

As a talented mechanic, Herman, generously repaired vehicles for family and friends for many years.   He never met a stranger and him and Nancy had weekly family dinners at their house for anyone that could attend; even the Schwann’s delivery man had a seat at his table. He emboldened the words “Family Man” and loved a good family gathering. He also wasn’t likely to pass up a social shot of whiskey!

Herman was one of a kind, and will be remembered for some of his infamous catchphrases: “don’t get excited”, “are you looking for trouble?”, and “I ain’t no candy-ass”.

To send flowers to the family or plant a tree in memory of Herman Moyer, please visit Tribute Store
Saturday
4
June