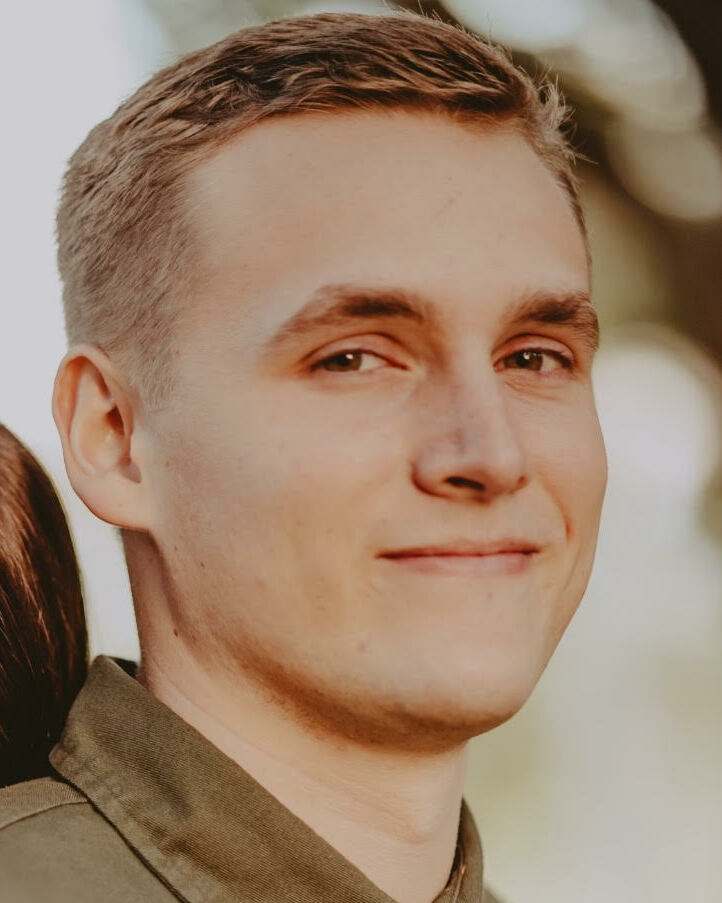 Alexander Martin Dumas was born to Craig Louis Dumas, an Air Force Officer, and Stacy Lynn Martin (Dumas) in Cheyenne, Wyoming on December 18, 1999.   He would be the oldest of three children.  As the big brother, he grew to become his sisters’ best friend, gaming buddy, and protector.  Being a military family they moved several times giving Alex a chance to live and make friends across the country.   As a child he was exuberant, loving, and always making his family laugh.  His creativity led him to a performing arts school in California. After moving to Virginia, he continued to excel in elementary school, earning Honor Roll and his first music awards.  The family would eventually settle on the Space Coast of Florida where Alex would attend Edgewood Jr/ Sr High School from 7-12 grade.   Alex was always outgoing, winning the “Class Clown” award in band class on more than one occasion, and made friends easily wherever he went. It was in Edgewood Concert and Jazz bands where he met an incredible group of guys.  Alex and his best friends had an inseparable bond.  Many other wonderful musicians, friends, and teachers were also a treasured part of his time in school.  He was also a lover of animals, especially his cat Jazmine, and enjoyed playing online games with his friends and family.

While in high school, Alex met the girl of his dreams, his high school sweetheart, his first & only girlfriend, Morgan Waggoner.   The couple would eventually become engaged to be married and set the date for February 2, 2022.   They made plans to travel the world together as Morgan was about to become a commissioned officer in the United States Air Force and they had requested to travel overseas.

Alex was a great student and wise beyond his years, but after starting college he quickly realized that it wasn't the path for him, though this brief stint afforded him the opportunity to meet yet another dear friend.  By 2020, Alex was ready for a change and decided to move to Michigan to learn the family trade of plumbing.  He would begin his Plumber’s Apprenticeship working alongside his grandfather Thomas Dumas and Uncle Todd Dumas, at Superior Plumbing, a company founded by Alex’s great grandfather.  Alex valued the opportunity to be rewarded for a hard day’s work.  He had a generous and kind heart and no matter how much money he made it was always spent on those he loved.  While living in both Florida and Michigan, he also loved exploring nature on his One Wheel. Recently he enjoyed visiting and photographing Munson and  Sterling State Parks.

Alex’s true passion in life, however, was that of music, a passion he inherited from his mother.   He began a lifelong love of music when he was just five years old learning to play the violin.  Alex had a beautiful voice, won numerous regional and state competitions playing the flute, and was also proficient on the guitar, bass, ocarina, and piccolo; it seemed that he could truly play any instrument.  He loved to share his musical knowledge with his sisters, who are both equally gifted. Music defined Alex and he even wrote a musical composition for his fiancée inspired by their love story.

Alexander “Alex” Martin Dumas, age 21, of Merritt Island, Florida passed away unexpectedly at his grandparent’s Monroe, MI home on Monday, December 13, 2021.   His passing was preceded by his great grandparents. Alex was a giver, and with his passing he chose to help others by being an organ and tissue donor through Gift of Life Michigan.

To honor Alex’s love for music, in lieu of flowers, memorials are suggested to the music program at Edgewood Jr/Sr High School in Merritt Island, Florida. A GoFundMe account has been set up in honor of Alex and you may place your donation by visiting https://gofund.me/74804b33.  Online guests may leave words of inspiration and comfort or share a photo by visiting www.merklefs.com.

Share Your Memory of
Alexander
Upload Your Memory View All Memories
Be the first to upload a memory!
Share A Memory