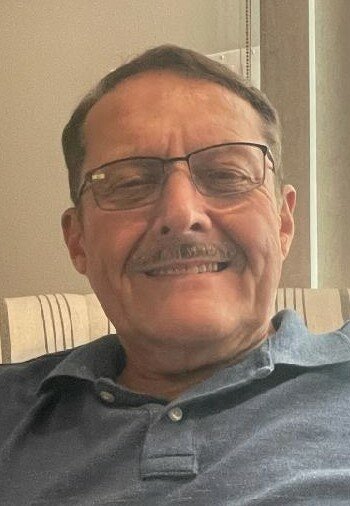 JB “Tyke” Rod was born in Monroe, Michigan on August 10, 1947.  He was one of three children of Clarence and Claribel (Bigelow) Rod.  JB earned his nickname as a young boy. He graduated from Dundee High School in 1966.  Tyke continued his education at Owen’s Tech.  He was employed at Uniloy in Dundee, Michigan for more than twenty years and at Mac Valves Industrial Automation for several years before retiring in 2005.

Tyke and Judy (Falkenberg) were wed at Holy Ghost Lutheran Church in Monroe on September 14, 1974.  The couple enjoyed more than forty-seven years of marriage and were blessed with two daughters.  Following in his father’s footsteps, Tyke served as a volunteer firefighter and Assistant Fire Chief in Dundee from 1966 to 1999.  He was a member of the Moose Lodge in Mio, Michigan where his parents owned property and he enjoyed hunting.  Tyke was an avid golfer and bowler, participating in league play.  He enjoyed watching sports, especially University of Michigan football and Detroit Tiger’s baseball.

Tyke took great pride in his five-acre property.  He graciously offered snow removal services to his neighbors each season.  Tyke had a dry-wit and a great sense of humor; he was a friend to all in the Dundee community.   A loyal family man Tyke’s wife, children and grandchildren were always foremost in his heart and mind.

JB “Tyke” Rod age 74, of Dundee, Michigan, passed away peacefully at St. Joseph Mercy Hospital in Ann Arbor on Saturday November 20, 2021, where he was surrounded by family.   His passing was preceded by his parents.