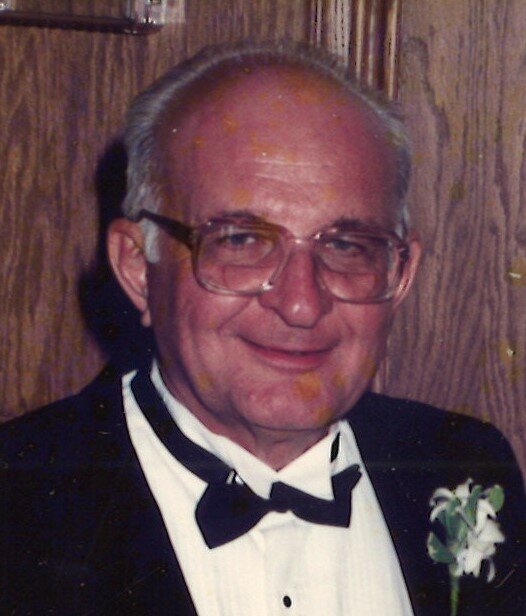 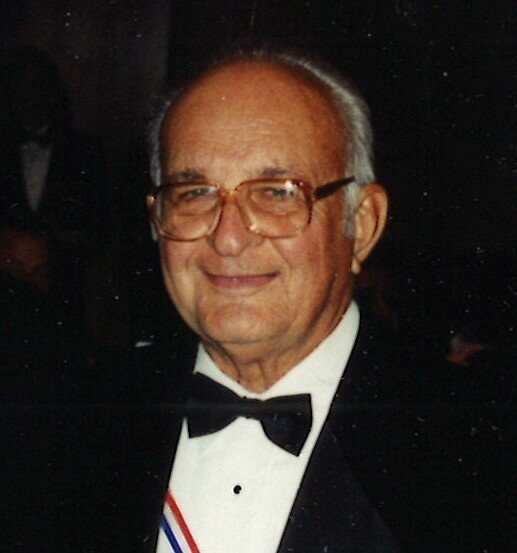 Dr. John W. Kuras, a long-time Monroe dentist, went home to his heavenly Father on Wednesday; October 13, 2021, at the Alice Lorraine Care Center, surrounded by his family. He was ninety-nine years old. Dr. Kuras was under end-of-life care through ProMedica Hospice of Monroe.

John was born on May 11, 1922, in Detroit, Michigan to Joseph and Helen (Prunicki) Kuras. He was married to Mildred L. Terry from Petersburg, Michigan, on June 14, 1947, at St. Joseph Catholic Church in Ida, Michigan. Sadly, Mildred preceded him in death on August 25, 2007.

An accident at home as a three-year-old, left John with a pronounced limp for his entire life. But he would not let that stop him from excelling academically. John was a 1940 graduate of Chadsey High School in Detroit, finishing first in his class. He then attended the Henry Ford Trade School and worked as a design engineer at Ford in Dearborn, alongside William Clay Ford in the engineering department. John also worked on the design of the engines for the B-52 bombers being built at Willow Run Airport. It was there at Ford in Dearborn that John met his future wife, Mildred, who drove every day from Dundee to her job at the company.

Helping people, however, was John’s greatest desire. While still working at Ford, John attended night school at Wayne State University to complete his pre-dental education. He then attended the University of Detroit Dental School, graduating Cum Laude in 1950, having attained the highest scholastic standing for all four years of dental school. After initially beginning his practice in Dearborn, Dr. Kuras then came to Monroe in 1951, opening his office in the upstairs of what was then the Kresge building downtown. He later moved to the Professional Village complex in Monroe remaining there until he retired in 1987, having practiced dentistry for almost thirty-eight years. Dr. Kuras’ oldest son Terry then took over the practice. Dr. Kuras was well known for his jokes that he would often use to help relax patients. He was also instrumental in helping to develop and improve dental implants.

After retirement, Dr. and Mrs. Kuras moved to Sebastian, Florida. John was a devout Catholic and was very active in their church, St. Sebastian, where he could often be found leading the Rosary prior to Sunday Mass. During his career, Dr. Kuras was a member of many civic, professional, and academic organizations. But he was especially proud of being a 4th degree Knight and being a member of the Knights of Columbus for over seventy years during his time in both Monroe and St. Sebastian, where he led many fundraisers.

John enjoyed traveling, going to the casino, playing bingo, playing cards, and following the stock market. He also would not miss his favorite television show, “Dancing with the Stars” and was a big fan of old-time movies on the Turner Classic station. John also was a life-long fan of the Detroit Tigers and Lions, holding Lions’ season tickets for many years along with his dental school classmates.

Health issues necessitated Dr. Kuras to return home to Monroe, where he became a resident of the Alice Lorraine Care Center, in September of 2015. In addition to his parents and his wife, Dr. Kuras was preceded in death by his six siblings. He is survived by four children: Dr. Terry Kuras and Douglas (Carie) Kuras of Monroe, Kim (Peter) Yanchyshyn of Henderson, Nevada and Kelly Kuras of Costa Mesa, California; a grandson: Nolan Fox and his great granddaughter: Bella who would always bring a big smile to his face with her hugs each visit. Also, his many nieces and nephews were very close to Dr. Kuras.

The family wishes to thank the dedicated and caring staff at the Alice Lorraine Care Center and the nurses from the ProMedica Monroe Hospice.

To send flowers to the family or plant a tree in memory of John Kuras, please visit Tribute Store
Thursday
21
October

Mass of the Resurrection for Dr. John W. Kuras