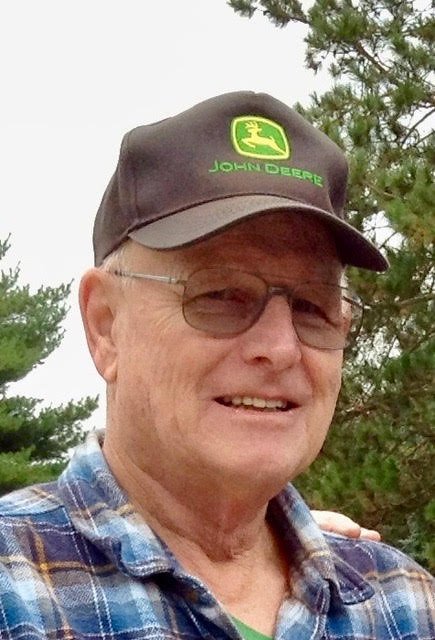 James (Jim) G. Bruce age 78, of Petersburg, Michigan died on November 27, 2020 after a short illness. He was under the care of Arbor Hospice.   Jim was born at home in Petersburg, MI on March 18, 1942, to George and Mildred Bruce.  Jim attended Summerfield schools in Petersburg where he graduated from high school in 1960.  He was active in high school sports, especially enjoying basketball and football.  He played tuba in the Summerfield High School band.  While in school, he also helped his dad on the family farm.

In 1962, he assisted his parents in converting the family farm into a golf course which ultimately became Deme Acres Golf Course.  Jim continued his education at Adrian College and was a member of the SAE fraternity.  He graduated in 1963 with a major in elementary education.  After graduation, he taught 6th grade at Adrian’s Garfield Elementary School.  He later worked at Drager Middle School. Upon the death of his father, Jim retired from teaching in 1990.  He then managed the golf course along with his wife, Carol, until they retired and sold the course in 2015.

Jim enjoyed farming with his John Deere equipment.  He was very active and always working on a project.  Over the years he built his own house & several barns.  He raised hogs, cattle, and chickens.  He grew many crops including tomatoes, pumpkins, apples, corn, and beans.  Jim passed along the knowledge of farming to his students, kids, and grandkids who often got to experience harvesting in the late summer and fall.  Since his retirement, Jim rebuilt an old sawmill and was looking forward to building projects from the lumber he cut.

He used his knowledge of farming to help Mark and Denise Vinciguerra develop the St. Isidore farm program in Monroe, MI.  This is a day program for special needs adults who plant, harvest, and sell crops.  They also help with the care of alpacas, chickens, horses, and rabbits.

Merkle Funeral Service, Dundee, Mi, has been entrusted with his arrangements.  Upon Jim’s wishes, cremation has taken place.   Due to COVID-19, a celebration of life will be held at a later date.   For online condolences to the family go to  www.merklefs.com

Share Your Memory of
James
Upload Your Memory View All Memories
Be the first to upload a memory!
Share A Memory