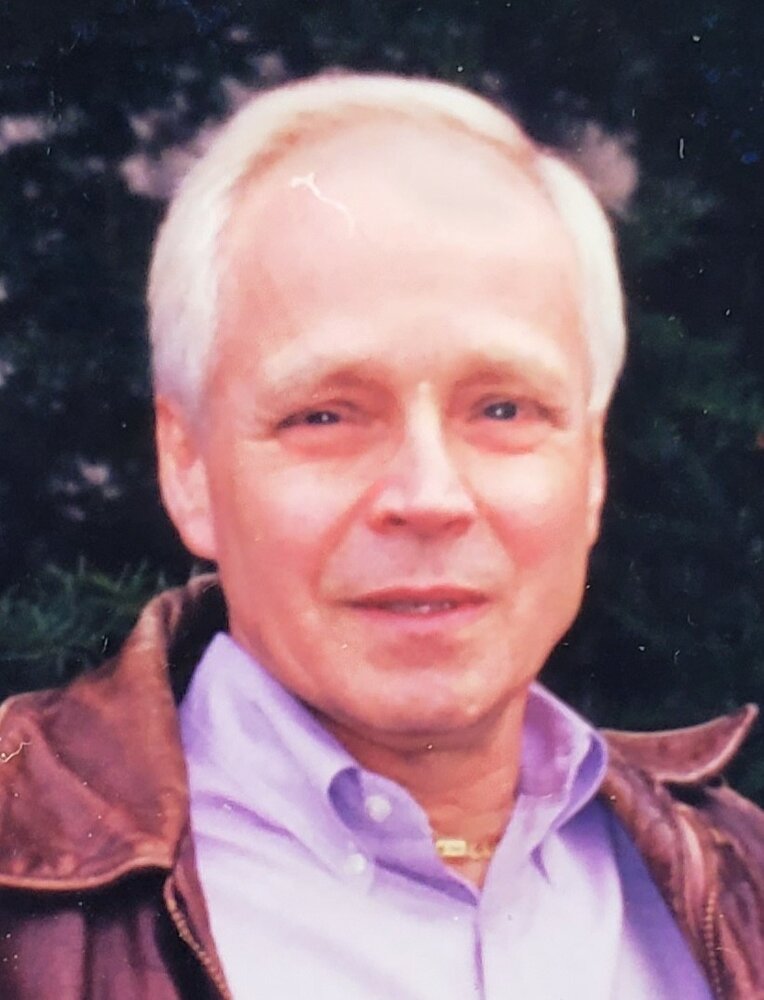 Please share a memory of John to include in a keepsake book for family and friends.
View Tribute Book

John Douglas Maczkowski was born in Detroit, Michigan on December 19, 1946. He was the only child born from the union of John Edward Maczkowski and Phyllis Louise (Makinen) Maczkowski. Doug, as he came to be known, was raised alongside a half-sister: Tina. As a young boy, he attended the Hall of Divine Child in Monroe, Michigan where he was confirmed Catholic and received the Sacrament of First Holy Communion. A member of the Boy Scouts of America, Doug achieved the rank of Eagle Scout before graduating from Taylor Center High School with the class of 1965. He continued his education at Wayne State University where he obtained a Bachelor’s Degree in Psychology, Social Work and Math in 1970. While attending grad school Doug met the former Lynn Bobier whom he married in 1974. He went on to complete his Master’s in Psychology from Central Michigan University in 1976.

In October of 1988, Doug met the gaze of Maria Pellika at a Halloween party. Maria quickly realized she had found her true love. Their shared “chemistry”, which brought them together, was undeniable. The couple were inseparable for more than two decades. For several years, Doug was employed at Pine Rest Psychiatric Urgent Care and Oceana Community Health in West Michigan. In April of 1988, he accepted a position as a Mental Health Workplace Consultant with Value Options (now Beacon Health). Doug retired in 2019 after thirty-one years of service.

Doug had a love of showmanship and was an active member of “The Players”, an amateur theatrical group of Detroit. Whenever he attended a performance, Doug was always dressed to the nines in a full tuxedo, and he never missed an opportunity to dress in costume. Doug frequently rode his bike and visited the gym to maintain physical fitness. A talented artist, he began learning glass blowing techniques in 1999. Doug had a soft spot in his heart for felines and has taken in many having as many as a dozen abandoned and neglected cats staying in his home. Curious about everything, he was always absorbing information. Doug encouraged those around him to “recognize opportunities” so that they wouldn’t pass them by. He was proud to call himself an “engineer”, “psychologist”, “cat-lover”, “father”, and “Eagle Scout”, but more than anything else, Doug prided himself on making others around him feel special.

John Douglas “Doug” Mack, age 75, of Monroe has taken his final bow and the curtain has fallen on his play, as he passed away unexpectedly at his fiancé’s home on Friday; October 14, 2022.  His passing was preceded by his father in 1979; his mother in 2003; his stepfather: Stephen Malanowski; and his beloved partner of twenty-one years: Maria Lynn Pellikka who passed on February 13, 2009.

Friends may gather from 4:00pm until 7:00pm on Saturday; October 22, 2022 at Merkle Funeral Service, North Monroe; 2442 North Monroe Street, Monroe, Michigan 48162 (734) 384-5185.   A Funeral Service celebrating Doug’s life will follow at 7:00pm also at Merkle’s. Cremation has taken place through Covenant Cremation of Erie. Burial of his cremated remains will be held on the first day of Summer in Pine Grove Cemetery located in Eagle Harbor, Michigan

In lieu of flowers, memorials are suggested to the Keewanaw County Historical Society or the Monroe County Humane Society. Online guests may leave words of inspiration and comfort or share a photo by visiting www.merklefs.com.

To send flowers to the family or plant a tree in memory of John Mack, please visit Tribute Store
Saturday
22
October

Look inside to read what others have shared
Family and friends are coming together online to create a special keepsake. Every memory left on the online obituary will be automatically included in this book.
View Tribute Book
Share Your Memory of
John
Upload Your Memory View All Memories
Be the first to upload a memory!
Share A Memory
Send Flowers