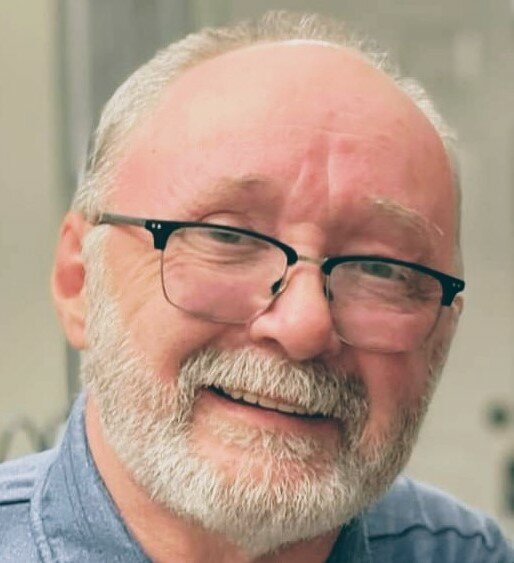 Please share a memory of Harry to include in a keepsake book for family and friends.
View Tribute Book

Harry Lee Bailey was born on December 30, 1959, in Logan County, West Virginia. He was one of four children born to Alfred and Joanne (Tomlin) Bailey. Harry graduated from Logan High School with the Class of 1979.   On October 19, 1981, he wed the former Sharon Bryant. The couple enjoyed forty years of marriage and were blessed with two children.

A hard worker, Harry was dedicated to providing for the needs of his family. He was employed in the shipping and receiving department of Eftec North America for thirty-one years. A devout Christian, Harry read his Bible daily and was an active parishioner of Dundee Baptist Church.

Harry and Sharon enjoyed traveling across the United States. They visited family in West Virginia and went as far South as the Florida Keys, to Northern Michigan and Niagara Falls, out West to Yellowstone National Park, the Grand Canyon, and the glittering lights of Las Vegas. Great with his hands, Harry could build anything. He crafted much of the furniture in his home as well as a shed and porch. He garnered inspiration from watching home improvement programs such as “New Yankee Workshop” and “This Old House”. A big fan of John Wayne, Harry also enjoyed watching Westerns and “Gunsmoke” and playing along with The Game Show Network with his wife.

An avid outdoorsman, Harry hunted deer and small game. He was proud of his carefully curated collection of guns and knives. Harry enjoyed bowling on a league alongside his family and cheering on the Detroit Tigers baseball team and University of Michigan football team. A loving “Papaw” to his grandchildren, Harry treated the kids to lawnmower rides around his property. He shared his love of fishing with them and excitedly stood by as they reeled in their “big” catch. Harry and his wife cultivated a large vegetable garden every season which included massive pumpkins for the grandkids to carve. Along with their harvest, the couple also shared eggs from their chicken coop with family and friends. Every time Harry’s loved one’s bite into a Reese’s peanut butter cup or a Little Debbie oatmeal crème pie, they will be reminded of his love of the treats.

Harry Lee Bailey, age 62, of Petersburg, Michigan passed away peacefully at St. Vincent Mercy Medical Center in Toledo, Ohio on Thursday; September 8, 2022. At his passing he provided life to others through his selfless donation to Community Tissue Services of Ohio. Harry’s passing was preceded by his parents; wife: Sharon Bailey in May of 2022; and a beloved canine companion: “Sophie”, a Beagle that Harry raised from a puppy.

To cherish his memory, he leaves his daughter: Shelly (Paul) Hebel of Dundee, Michigan; son: Michael (Judy) Bailey of Newport, Michigan; grandchildren: Dylan, Blake, and Sydney Hebel, Liam and Lucy Bailey, and one more blessing on the way; sisters: Penny (Gary) Mullins and Robyn (Steve) Bryant; brother: Joseph (Emily) Bailey; many nieces and nephews; friends from his “church family”; and many close co-workers.

To send flowers to the family or plant a tree in memory of Harry Bailey, please visit Tribute Store
Wednesday
14
September

Celebration of Life for Harry Bailey