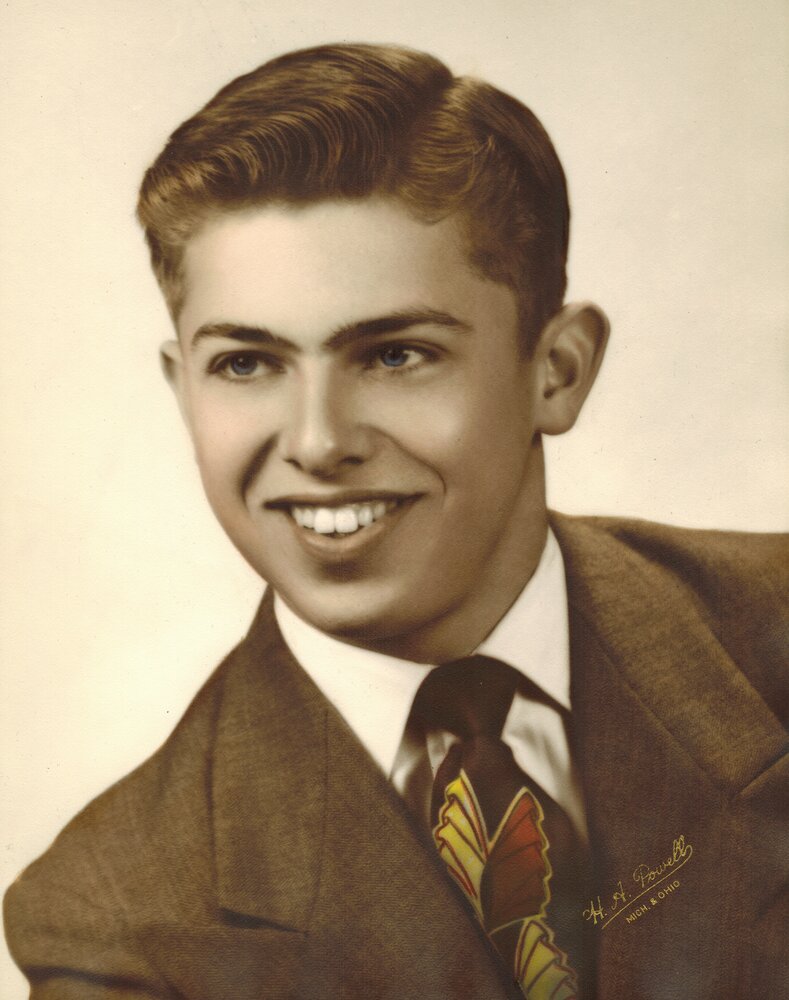 Please share a memory of Roger to include in a keepsake book for family and friends.
View Tribute Book

Roger Duane LaVoy was born in Dundee, Michigan on August 24, 1933. He was one of two children born to Ivan and Gayle (Fry) LaVoy. After graduating from Dundee High School with the Class of 1951, Roger was drafted to join the United States Army and proudly served his country.  On June 18, 1955 he wed his high school sweetheart, the former Beverly Ann Hunter.

Shortly after their nuptials, Roger began construction on the family home.   A Jack of All Trades, he painstakingly built the house from the foundation up.   Known as a, “Mr. Fix It”, Roger was a skilled handyman and offered his services to friends and family.

Roger continued his education at Henry Ford Community College where he earned a Journeyman Certificate. He was employed as an electrician at Ford Motor Company for forty years before retiring in 1996. Along with being the breadwinner of the family, Roger was very supportive of his wife’s endeavors. He helped to cultivate her flower and herb gardens and assisted in her in arts and crafts projects.

The couple enjoyed fifty years of marriage and were blessed with three children. The LaVoy family often traveled to visit Michigan’s Upper Peninsula, their cabin and enjoy the great outdoors.

A voracious reader, Roger could read a book in a day.   For this reason, he became a constant familiar face at the local public library.   Although he had a penchant for science fiction and historical novels, Roger was always open to suggestions for a great read.   He also enjoyed working crossword puzzles alongside his mother-in-law.   Although Roger kept a close circle of friends, he became quite well-known in the Dundee community as he could often be seen tooling around town on his moped.

Roger Duane LaVoy, of Dundee, passed away peacefully on his 89th birthday, Wednesday, August 24, 2022, at ProMedica Skilled Nursing and Rehabilitation in Monroe, Michigan. His passing was preceded by his parents; his beloved wife: Beverly in 2005; and infant daughter: Holly LaVoy.

To send flowers to the family or plant a tree in memory of Roger LaVoy, please visit Tribute Store
Friday
7
October

Celebration of Life for Roger LaVoy