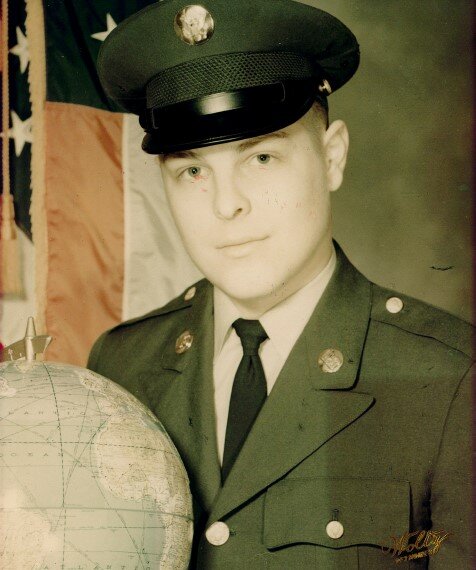 Please share a memory of James to include in a keepsake book for family and friends.
View Tribute Book

James Gerard Ibershoff was born in Hamtramck, Michigan on February 10, 1951. He was one of six children born to Donald and Virglin (Mortz) Ibershoff. Jim graduated from Lincoln Park High School with the Class of 1969 and later attended college classes through St. Patrick Catholic Church in Wyandotte, Michigan. Jim proudly served his country in the United States Army from 1970 to 1972. He completed basic training at Fort Leonard in Missouri and was based in Houston, Texas after a tour of duty in Vietnam.

On May 4, 1973 Jim wed the former Evelyn Smith at First Baptist Church in Southgate, Michigan. The couple enjoyed nearly fifty years of marriage and were blessed with two children. A devout Catholic, Jim was a parishioner of St. John the Baptist Church in Monroe, Michigan. He was employed as a yardmaster at Great Lakes Steel for thirty years and Delray Connecting Railroad Company for nine years before retiring in 2013.

A lifelong motorcycle enthusiast, Jim rode his bike to Northern Michigan and across the country to Biltmore Estate in North Carolina alongside his brother. Jim recently acquired a Dark Horse Indian motorcycle gifted to him by his wife. Jim was “gadget guy”. From drones to navigation equipment, he always had the latest and greatest in technology. Jim was always busy with a project and never seemed to sit down. He routinely ran five mile a day. On the rare occasion Jim let himself relax he would take in a Western movie or read a mechanical manual, Stephen King novel, or Vietnam War stories.

Jim listened to country music and classic rock reminiscent of his time spent in the service. He loved to be outdoors, landscaping his yard and assisting his wife with her garden. The Ibershoff family often camped at Waldenwoods Resort in Howell, Michigan. Jim was also a frequent visitor to Greenfield Village in Dearborn, Michigan. Gentle and courteous, Jim made friends easily. Animals and children were drawn to his tender nature. More than anything else, Jim enjoyed spending time with family, especially his beloved wife.

James Gerard Ibershoff, age 71, of Monroe, Michigan, passed away peacefully at home on Saturday, July 23, 2022. In addition to his parents, his passing was preceded by his nephew: Justin Ibershoff; sister in-law: Loretta Butcher; and canine companions, German Shepherds, “Eva” and “Luna”.