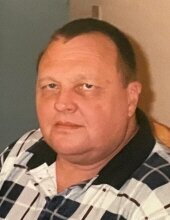 Gregory L. Lifer, age 72, of Janesville, passed away from medical complications on Wednesday, June 8, 2022, at Mercyhealth Hospital and Trauma Center.  He was born in Black River Falls, Wisconsin on January 9, 1950; the son of Jack and Mildred (Waller) Lifer.  His family moved to Beloit when he was a young child.  He left school at the beginning of 10th grade. Greg joined the Marines on the delayed Buddy program and entered the Corps at age 17, in May 1967. He was deployed to Vietnam shortly after turning 18, where he fought in the battle of Hue City and was part of the last of the Remington Raiders.  Greg served as a "tunnel rat", climbing into and through underground tunnels searching for the enemy. During these missions he was wounded twice and awarded the Purple Heart Medal. Following his honorable discharge from the Marines, he returned home to Beloit where he met his future wife, Christine. Greg and Christine (Godfred) Lifer married on December 16, 1972, at the Little Church By The Side Of The Road in Rockton, Illinois. Greg went to work for General Motors in Janesville, where they made their home. During a layoff, Greg helped his mother and father-in-law build a house in Friendship, WI.  Greg then went back to school and earned his HSED diploma. Greg retired in 2002 after 30 years with General Motors. At the time of his passing, Greg and Christine had been married for over 49 years.

A funeral service will be held at 11:30 a.m. on Wednesday, June 15, 2022, at SCHNEIDER FUNERAL HOME; with visitation from 10:30 a.m. until time of service.  Committal will be held on a later date at the St. Joseph Catholic Cemetery in Monroe, Michigan.  SCHNEIDER FUNERAL HOME & CREMATORY is assisting his family. For online condolences and guestbook, please visit: www.schneiderfuneraldirectors.com

To send flowers to the family or plant a tree in memory of Gregory Lifer, please visit Tribute Store
Monday
20
June