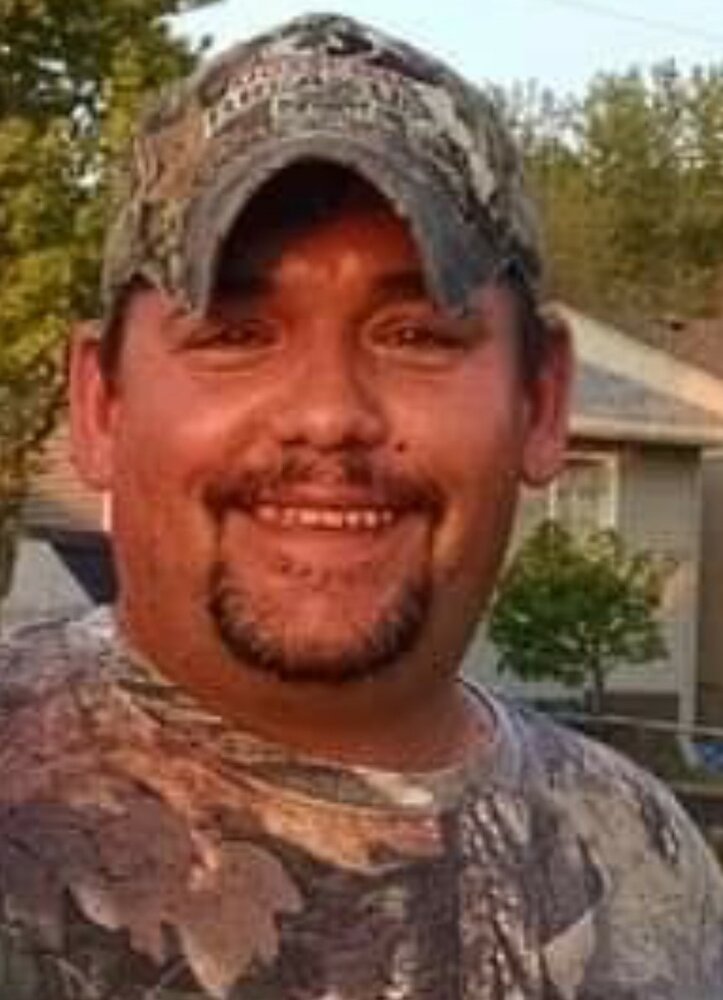 Lonnie Lee Evoe was born to Ronald and Frances (White) Evoe on August 26, 1975 in Monroe, Michigan.   He was a 1993 graduate from Jefferson High School in Newport, Michigan. While only friends at the time, Lonnie, attended his Senior Prom with what would become his future spouse.   Five years later, on June 20, 1998, he wed the former Lenora Monday at Stewart Road Church of God in Monroe.   The couple enjoyed nearly twenty-four years of marriage and were blessed with two children.   To care for the needs of his family, Lonnie took employment as a driver/loader with Waste Management.  Then onto Republic Waste Services.

At a young age, Lonnie’s father taught him how to deer hunt.   Each year a large entourage, including Lonnie’s dad, son, brother, brother-in-law, father-in-law, nephews and best friend often camped and hunted together traveling to Lost Nations State Game Area in Hillsdale, Michigan.   Lonnie also enjoyed casting a line off the banks of the River Raisin on Elm Ave. A grill master, ribs were his specialty. He often looked to the Pioneer Woman for recipe inspiration. Lonnie cheered on the Green Bay Packers and Tennessee Volunteers football teams. He was also a big fan of Elvis and enjoyed Classic Country music.

Lonnie had a larger-than-life personality.   Anyone fortunate enough to have met him was certainly not going to forget him.   He had a great sense of humor which earned him many friends.   However, nothing meant more to Lonnie than his family.

Lonnie Lee Evoe, age 46, of Monroe, Michigan passed away peacefully on Saturday; May 21, 2022.   His passing was preceded by his sisters: Darlene Evoe and Christine Lynn Evoe and a best friend: Robert Estes.

To send flowers to the family or plant a tree in memory of Lonnie "Boo" Evoe, please visit Tribute Store
Wednesday
25
May

Celebration of Life for Lonnie Evoe