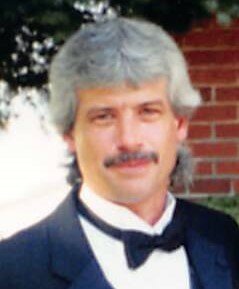 Donald Lee Howard was born on December 11, 1959 in Toledo, Ohio. He was one of ten children born to the union of George Howard and Lottie Lola (Folk) Howard.  Donald attended Erie Mason High School in Erie, Michigan. After high school he enlisted in the United States Army where he proudly served his country.

On November 7, 1980, Donald married the love of his life; the former Sandra “Sandy” Marie Jenkins.  After living in Luna Pier for twenty years, Donald and Sandra would move to Toledo, Ohio in 2013 where they would make their home.  He was employed many years as a truck driver for Keystone Automotive.

Donald was a true outdoorsman spending time in Atlanta, Michigan hunting deer and trapping. He also enjoyed fishing for anything that would bite on Lake Erie, canoeing down the Rifle River in Sterling, Michigan, or camping with his beloved wife Sandy throughout Michigan and Ohio in one of the numerous campers the two owned.  He loved to play cards, throw horseshoes, and host cook outs with his buddies on the weekend.  Whether a true outdoorsman or the master barbequer, Donald was a wonderful father and he truly enjoyed spending time with his grandchildren.

Donald Lee Howard, age 62, of Toledo, Ohio passed away at his home on Monday; April 18, 2022 surrounded by his loving family.   He had been under the care of Hospice of Ohio. His passing was preceded by his parents; George and Lottie Lola Howard; his brother; George Howard; his father and mother-in-law and several aunts and uncles.

To send flowers to the family or plant a tree in memory of Donald Howard, please visit Tribute Store
Saturday
23
April