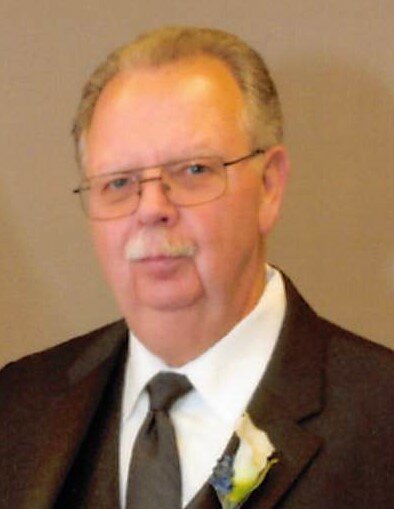 Daniel Oliver was born on January 21, 1950 in Detroit, Michigan. He was one of four children from the union of Herbert and Helen Oliver.  Daniel attended Garden City High School in Garden City, Michigan graduating with the class of 1968.   Shortly after graduating from high school Daniel would enlist in the United States Navy before transferring to the United States Marine Corp. He received an Honorable Discharge in 1974.

On November 15, 1976, at the Justice of the Peace in Melvindale, Michigan Daniel would marry the love of his life, the former Miss Patricia Ann Miller.  The couple made their home in Garden City and were blessed with two beautiful daughters:  Jessica and Dawn.   Daniel provided for the needs of his family with employment at the General Motors Powertrain Plant in Toledo, Ohio for thirty-five years.   He retired in 2017.   In the early 90’s the family moved to Newport, Michigan.

Daniel loved to read, watch tv, golf, but most of all work. He could often be seen reading a good, suspenseful novel, but really any book would do.   He loved sports especially the University of Michigan football and the Detroit Lions.  He also enjoyed watching WWE wrestling and spent countless hours watching Monday Night Raw or Friday Night Smackdown.

Daniel Oliver, age 72, of Newport passed away at Beaumont Hospital in Trenton, Michigan on Wednesday; April 6, 2022.   His passing was preceded by his parents:  Herbert and Helen Oliver; his daughter:  Jessica Soliere; and his brother:  James “Jimmy” Oliver.

Friends may gather on Monday; April 11, 2022 from 4:00pm until 6:00pm at Merkle Funeral Service, North Monroe, 2442 North Monroe Street, Monroe, Michigan 48162 (734) 384-5185. A Celebration of Daniel’s Life officiated by Pastor Kellen Robbins will begin at 6:00pm also at Merkle’s.  Cremation will follow through Covenant Cremation of Erie, Michigan.  His cremated remains will be interred at Great Lakes National Cemetery in Holly, Michigan.

To send flowers to the family or plant a tree in memory of Daniel Oliver, please visit Tribute Store
Monday
11
April