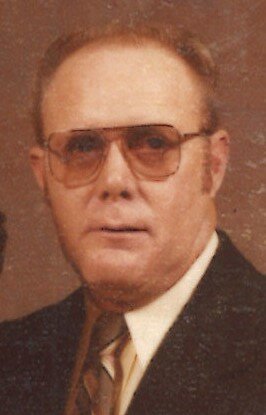 Bernard Martin Rathke was born in Dundee, Michigan on April 18, 1937.   He was one of six children born from the union of Martin and Alice (Bolster) Rathke.   He was educated at Dundee Community Schools.

Bernard married the love of his life, the former Anna Cowen on January 22, 1960.   The couple would be blessed with three children.   Bernard was an excellent provider.   He was employed in the automotive industry by the Ford Motor Company as a Hi-Lo Driver and Crane Operator for forty-eight years.

For many years, Bernard and Anna enjoyed their family retreat near St. Helen, Michigan.   This cabin was also the place that Bernard liked to deer hunt and family enjoyed snowmobiling. Even after selling the Northern Michigan home, Bernie continued enjoying the great outdoors, taking in the beauty of his surroundings and the wildlife by camping in Ludington where he often fished for salmon.  He treasured the time he spent with his sons, Larry and Greg.   The trio did not miss an opportunity to fish wherever they went.   Countless hours were spent just floating on Lake Erie and dropping their lines in the water.

Being a very patient individual and having an eye for detail, Bernie, was quite handy when it came to completing tedious projects.   From occasionally assisting with Larry’s carpentry business to helping him with restoring an old van when Bernie painstakingly reconstructed the inside of the doors from a template, he had the necessary gifts to get it done.

Following retirement, Bernie kept himself busy meticulously maintaining his landscaping by mowing the grass or trimming the bushes, until his achy knees could take no more.    Bernard and Anna even installed a fishpond in their yard, which they grew to having more than forty-five fish calling it home.

Bernard Martin Rathke, age 84, of Britton passed away peacefully at his home on Tuesday; March 8, 2022.   He was surrounded by his loving family and under the care of Hospice of Lenawee.   His passing was preceded by his parents; a son: Greg Rathke; and one daughter:  Tammy Sieler.

No public services are planned at this time, and cremation has taken place through Covenant Cremation of Erie.   A graveside service with burial of his cremated remains at Maple Grove Cemetery is being planned for a later date.   His care has been entrusted to Merkle Funeral Service, Dundee; 297 Tecumseh Street, Dundee, Michigan 48131 (734) 529-3156.