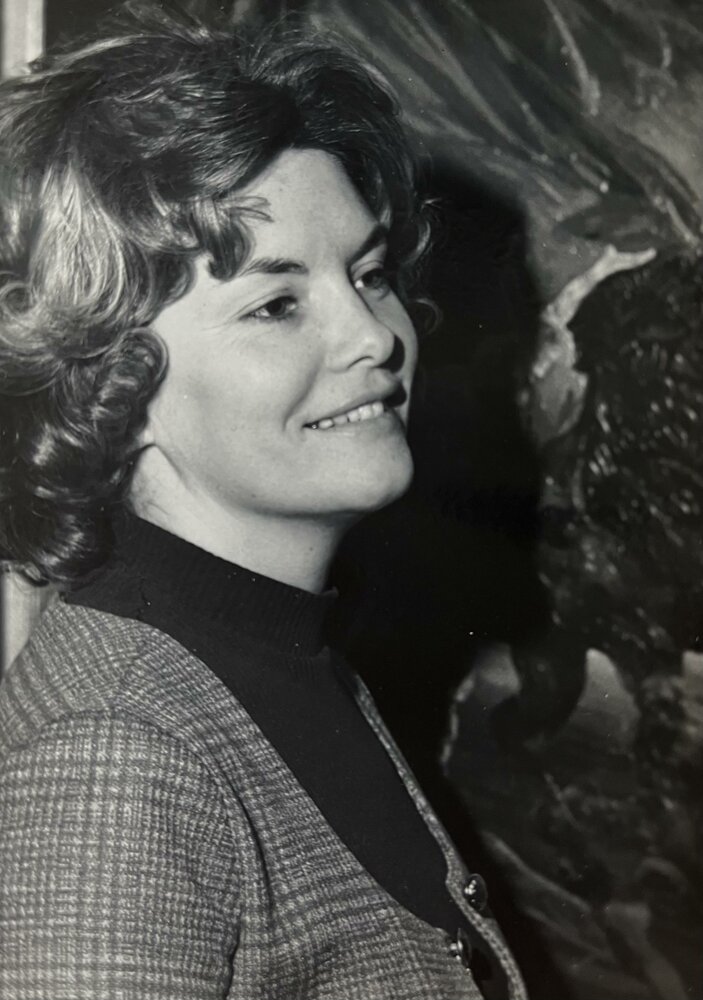 Mary “Janet” Landin was born in Toledo, Ohio on January 7, 1935. Jan, as she would commonly become known as, was one of six children born from the union of Everett and Hazel (Borgelt) Landin. Jan was blessed with the birth of seven children. Jan’s passion for dogs led her to open her own dog kennel. She owned and single handedly ran, JanDane Kennel, for over fifty years. Occasionally, Jan would promote her business in such a unique way by hosting a dog fashion show. Jan loved all dogs, but she was especially fond of her Championship Great Danes. It was no secret she would schedule family trips to Florida around the dog show circuit. Jan loved her dogs so much; people began to call her “momma dog”.

Another one of her pastimes was her deep obsession for motorcycles. In fact, she joined an all-women’s motorcycle club, “Women in the Wind”, and held the position of Sergeant of Arms. Along with the club members, Jan would participate in many charity events. She would also take the time to mentor many women in W.E.N (Women Entrepreneurs’ Network). This group was designed to appeal to and encourage women to become their own bosses.

She was infamous for her delicious homemade strawberry pies; pies made from the very strawberries she grew on her two acres of land. She spent time every spring planting flowers and tending to the landscape. Her land became a registered nature conservatory, containing native plants including a flowering cactus. Jan truly treasured the time she could spend with her significant other, Wayne Smith. Jan’s wish to her family was to include in her obituary a birthday card Linda gave her in 2001, that simply stated “Thank you for always giving the best of you, mom”.

Mary “Janet” Gibson, age of 87, of Erie, passed away on March 3, 2022, at 9:45pm. She had been in the care of ProMedica Monroe Hospice and her ever attentive caregiver, Wayne. In addition to her passing, she was preceded by both her parents; and two children: Mikey Balwinski and Kathy (KJ) Bambury; three siblings: Jack Landin, Shirley Lab and Mike Landin.
To cherish her memory, she leaves her children: Mike (Weze) Balwinski, Sue Rodman, Matt Balwinski, Diana Shall, Linda Balwinski; her significant other: Wayne Smith; siblings: Beth Colaner-Kenny and Tom Landin; grandchildren: Brian, Brandi, Victoria, Jessica, Luke, Jenny, Samantha, Lynn, Andy, Max nd Eli; and many beautiful great grandchildren.

Friends may gather on Sunday March 6, 2022, from 2:00pm until 4:00pm at Merkle Funeral Service, Erie; 9156 Summit Street, Erie, Michigan 48133 (734) 317-7199. Cremation will take place through Covenant Cremation of Erie.
Online guests may visit www.merklefs.com to leave words of inspiration and comfort or to share a photo. Memorial donations may be made to the Humane Society at www.humanesociety.org or to the Family and Child Abuse Prevention Center at www.fcapc.org.

To send flowers to the family or plant a tree in memory of Janet Gibson, please visit Tribute Store
Sunday
6
March