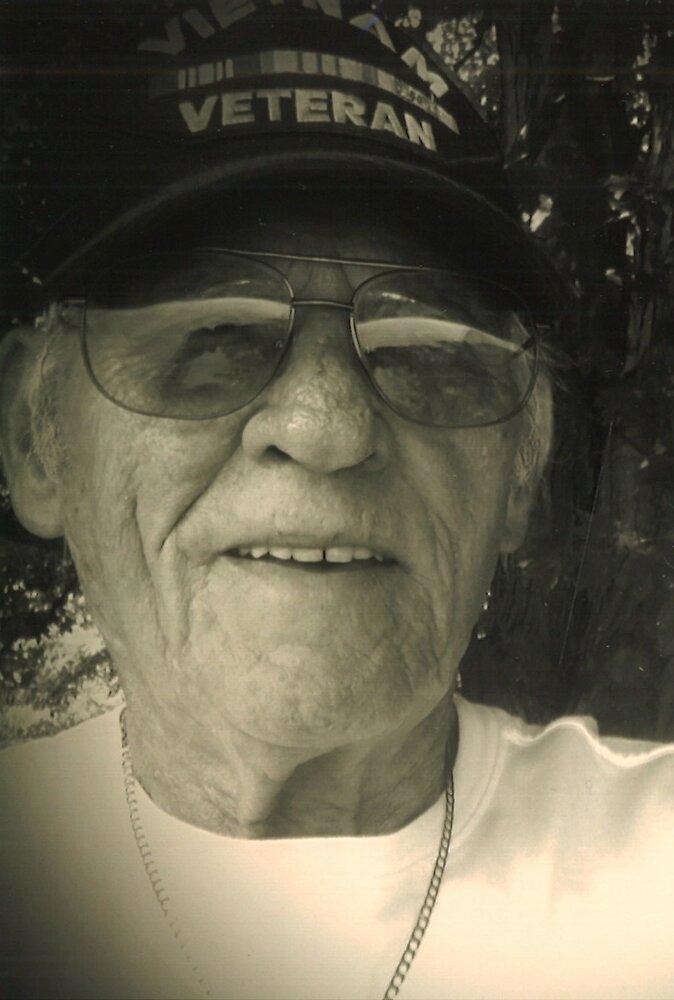 Leonard Drew Holt was born on October 3, 1938, in Ypsilanti, Michigan. He was one of seven children born from the union of Drew and Thelma (Vincent) Holt. He attended Monroe Public Schools.  Leonard would enlist in the United States Navy, and he proudly serve our great nation for over twenty-two years. Always willing to talk about his days on one of the eight ships he was assigned to. After retiring from the Navy he took employment with Ford Motor Co. for over twenty-three years.

A simple man, Leonard, just wanted to enjoy life and all its adventures. He felt most free with the wind blowing in his face while riding his Harley Davidson Motorcycle.   He enjoyed riding Blew by You until he was eighty-two years old. He knew the time had come for a  CanAm so he could keep his knees in the breeze and ride safe. The duo spent their winters in sunny Florida at their favorite place; Frog Hog Bog. enjoying the sunshine and great friends Tony and Linda.

Leonard belonged to several organizations, from being an active member of Abate Region 18, the American Legion Riders #514, and The Moose Lodge #2536 in Ocala Forest.   He also served as the Past Post Commander of VFW Post 3943 in Newport until they closed in 2015.   He then transferred his membership to the Carleton Post #4093.

As a man who appreciated the outdoors, Leonard would enjoy some time hunting in Thompsonville, Michigan. Leonard would also never miss an opportunity to toss a line in Lake Erie to catch whatever was biting that day. In fact, he owned and operated his own fishing charter boat, a company named “7th Heaven Charters”.

Leonard Drew Holt, age 83, of Monroe, passed away on Sunday; February 6, 2022, at his home, surrounded by his family.   His passing was preceded by both his parents and son Kevin, three siblings: Jim, Mary, and Terrie

The family would like to thank Heart to Heart Hospice for their care and kindness. Especially Melissa and Holly. Memorials may be made to the Wounded Warrior Project in Leonard's name. A military service and memorial run will be held in early summer.  "Breathe Deep and Ride Free My Love" Leonard’s care has been entrusted to Merkle Funeral Service, North Monroe; 2442 North Monroe Street, Monroe, Michigan 48162 (734) 384-5185. Cremation has taken place through Covenant Cremation of Erie.