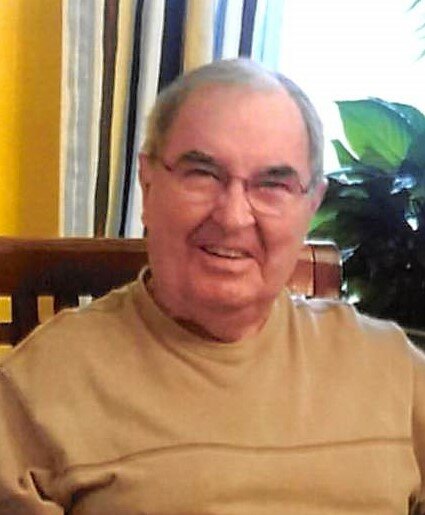 Fred M. Jackson was born on May 4, 1942 in Monroe, Michigan. He was one of two sons born to Fred A. Jackson and Ruth “Irene” (Rolland) Jackson. Fred graduated from Monroe High School with the Class of 1960. He was employed as a line inspector at Ford Motor Company Woodhaven Stamping Plant for thirty-six years before retiring in 1997.

A devout Christian, Fred was an active member of Stewart Road Church of God in Monroe. He participated in their prayer group regularly and volunteered his time landscaping the grounds of the church. Fred was an avid deer hunter and fisherman. He and his son went on many fishing trips together in hopes of catching Perch and Walleye. If Fred wasn’t out on Lake Erie, he was canoeing down the River Raisin with his fishing rod in hand. He also went on hunting excursions with his son and son-in-law in search of wild rabbits. Every time the Ford Plant closed for shut down, Fred would head to his favorite place to get away: Higgins Lake in Northern Michigan.

Each season, Fred, cultivated a large vegetable garden and gave his harvest away to family and friends. He was also very proud of two apple trees he cared for in his yard. He enjoyed classic television shows reminiscent of simpler times such as “The Andy Griffith Show” and old Westerns, especially “Gunsmoke”. A soft-spoken man, Fred was most importantly a loving father and grandfather.

Fred M. Jackson, age 79, of Monroe, Michigan passed away peacefully at ProMedica Skilled Care and Rehab on Wednesday; February 2, 2022. His passing was preceded by his parents; a beloved wife: Opal Smith; a brother: Gene Jackson; and a sister-in-law: Sue Jackson.

To send flowers to the family or plant a tree in memory of Fred Jackson, please visit Tribute Store
Tuesday
8
February