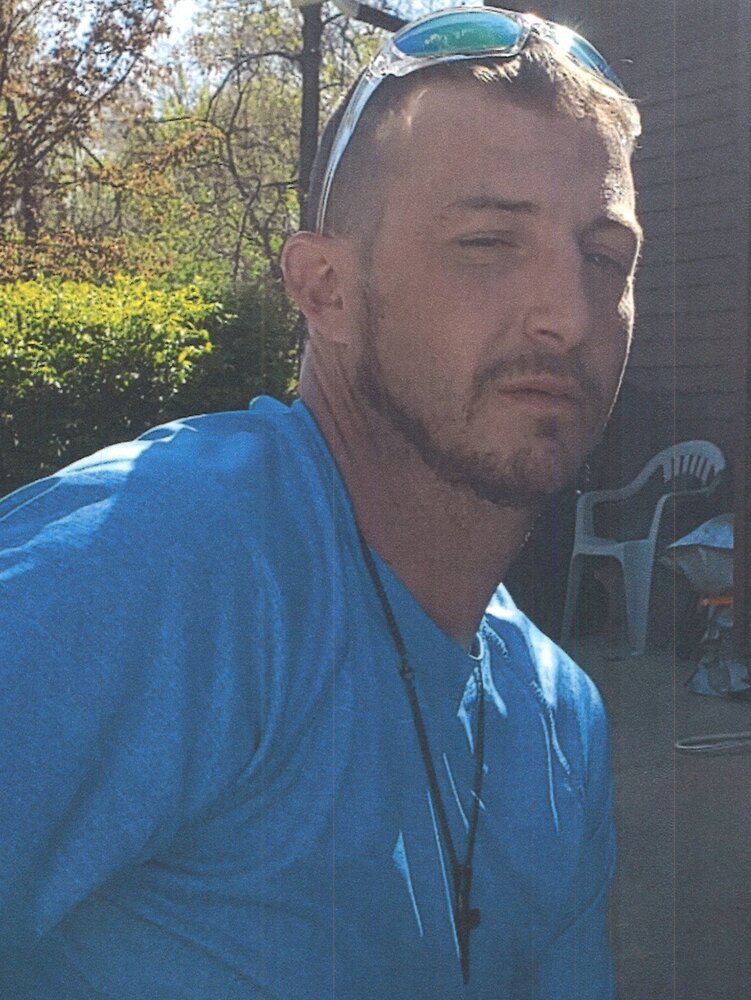 Charles Oscar Vernon Leach was born on October 3, 1985 in Corbin, Kentucky.   He was the son of Vernon Leach and Carolyn (Leach) Suttles.   Known to his friends and family as “Tennessee”, he attended Powell Valley High School in Speedwell, Tennessee.

Charles was employed many years as a contractor installing roofing and siding.   Upon moving to Monroe, Michigan in 2017, Tennessee, became an active member of the Vineyard Heights Neighborhood Watch Association.

Tennessee was a self-taught guitarist. He often strummed along on his acoustic guitar to his favorite country-rock tunes, especially his favorite song: “Wanted Dead or Alive” by Bon Jovi. Tennessee took great pride in his namesake home state.   He enjoyed traversing the rugged terrain hunting deer.  He also appreciated the landscapes of Northern Michigan, tent camping at every opportunity and sitting around a bonfire at Alcona Park in Glennie. If his adopted feline friends, “Donny” and “Clyde”, were along for the trip he’d treat them to a rental cabin at the park. Tennessee had a green thumb and cultivated a bountiful vegetable garden which his cousin, Bryan, canned for the two of them to share. Avid University of Michigan football fans, they also enjoyed watching the games together.

To cherish his memory, he leaves his father: Vernon Leach and many aunts, uncles, and cousins including his close cousin Bryan Mozingo who had been his roommate in recent years.

Friends may gather on Saturday; January 29, 2022 from 12:00pm until 4:00pm at Merkle Funeral Service, North Monroe, 2442 North Monroe Street, Monroe, Michigan 48162 (734) 384-5185. A Celebration of His Life will begin at 4:00pm also at Merkle’s with Pastor Joe Bryant of Union Street Baptist Church officiating.   Cremation will follow through Covenant Cremation of Erie, Michigan.

In lieu of flowers, memorials are suggested to the family to assist with funeral arrangements.  Online guests may leave words of inspiration and comfort, share a photo, or make a donation at CROWDFUNDING by visiting www.merklefs.com.

To send flowers to the family or plant a tree in memory of Charles Leach, please visit Tribute Store
Saturday
29
January