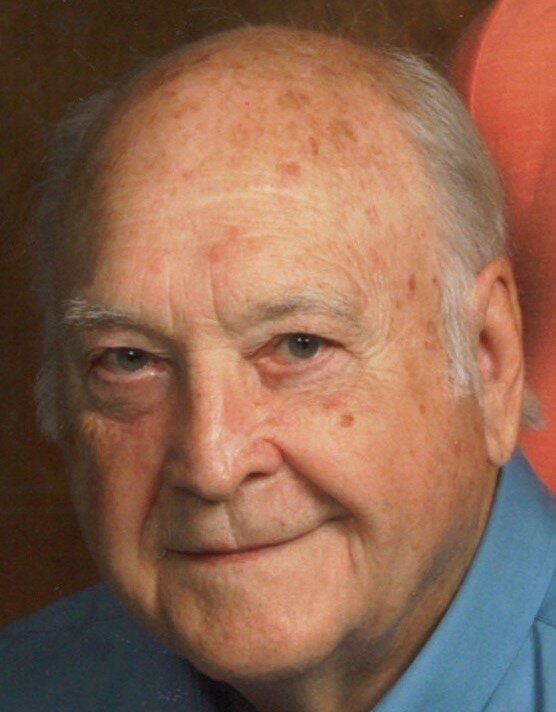 Raynor Edward Spreeman was born on February 21, 1929, in Tecumseh, Michigan. He was one of four children born from the union of Charles and Angeline (Wilson) Spreeman. Raynor would attend and graduate from Tecumseh High School with the class of 1946. He would then join the United States Navy as a third-class machinist mate. He would serve after World War II in the South Pacific and China on the Destroyer USS Rupertus.

After proudly serving our country, Raynor would gain employment with the Ford Motor Company. He would maintain his career at the Monroe Stamping Plant for fifteen years before being transferred to the Woodhaven facility. During his forty years of employment, he would further his education by attending classes at the University of Toledo and University of Michigan.  Prior to his retirement, he reached the level of an Industrial Department Manager.

Raynor would marry the love of his life, the former Nancy Jo Beck at Trinity Lutheran Church on May 8, 1965. This marriage was blessed with the birth of two children: David and Molly.   The couple became quite active in the church and Ray served as Financial Secretary for more than sixteen years and as a member of the Endowment Fund Committee.

Above anything, Ray treasured the time he spent with his family.   Following retirement, he and Nancy would travel to Myrtle Beach, South Carolina to visit their daughter, Molly, where she was attending college and later made her home.   Here they took advantage of the warmer climate and spent time at the beach.   Later, Ray and Nancy purchased a cottage, along with their son, David on Tee Lake in Lewiston, Michigan so they could enjoy all that Northern Michigan had to offer.   Ray enjoyed taking advantage of his property where he could hunt and fish whenever he desired.   Another of Ray's favorite pastimes was gardening.

Raynor Edward Spreeman, age 92, of Monroe, passed away at 9:12pm on Saturday; January 22, 2022, while under the care of ProMedica Hospice at Fountainview of Monroe.   His passing was preceded by his parents; a son: Mark Spreeman; a granddaughter: Melanie Spreeman; his sister: Geraldine Lee; and two brothers: Wilson and William Spreeman.

Friends may gather from 4:30pm until 6:00pm on Tuesday; January 25, 2022, at Merkle Funeral Service, North Monroe; 2442 North Monroe Street, Monroe, Michigan 48162 (734) 384-5185.  A Celebration of His Life will follow at 6:00pm also at Merkles with Pastor Daniel Potts of Trinity Lutheran Church officiating.   Private burial will take place at Roselawn Memorial Park in LaSalle.

Memorials for those who desire are suggested to Trinity Lutheran Church.  Online guests may leave words of inspiration and comfort or share a photo by visiting www.merklefs.com.

To send flowers to the family or plant a tree in memory of Raynor Spreeman, please visit Tribute Store
Tuesday
25
January