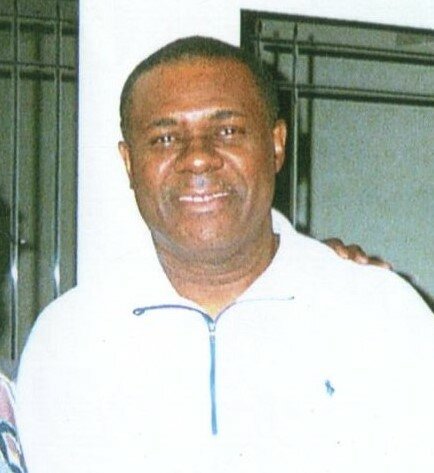 Cody James Barnes, Jr. was born on February 10, 1956 in Monroe, Michigan.   He was one of ten children born to the union of Cody Barnes and Mae (Register) Barnes.  Cody attended Monroe High School in Monroe, Michigan where he participated in football, baseball, and basketball until graduating in 1974.   As a member of the basketball team, he was honored to be named Captain of the 1974 Monroe High School basketball team.   After high school graduation, he continued his education at Monroe County Community College before receiving his Bachelor’s degree in social work from Eastern Michigan University in Ypsilanti, Michigan.   Cody would then enlist in the United States Army in 1982 and received an Honorable Discharge in 1987.   After serving in the United States Army, Cody began a career in the automotive industry, where he remained until retiring in 2019 as a material handler for Bridgewater Industries.

On August 30, 1990 in Monroe, Michigan, Cody would marry the love of his life, the former Kim Flennoy.   After being married, Cody and his wife Kim, moved to Romulus, Michigan where he remained until his passing.   He enjoyed watching sports, including football, basketball and track.   His favorite two football teams were the Detroit Lions and his alma matter, the Eastern Michigan University Eagles.  Cody also enjoyed working out and walking at the Romulus Rec Center. He loved listening to gospel and jazz music.   Cody was very fond of reading and appreciated reading autobiographies.   During his youth, he was crowned the “Reading Champion” at the Navarre Branch Library, after having his name consistently at the top of the reading wall of the library for the enormous amount of books he read.   Cody was best described as a great friend and an even greater family man.

Cody J. Barnes, Jr., age 65, passed away on Monday, November 29, 2021 at his home in Romulus, Michigan with his loving family by his side.  His passing was preceded by his parents; Cody and Mae Barnes.

Friends may gather for public visitation on Friday, December 3, 2021 from 6:00pm until 8:00pm at Merkle Funeral Service South Monroe which is located at 14567 South Dixie Highway, Monroe, Michigan 48161 (734) 241-7070.   The Homegoing Celebration of His Life will take place at 11:00am on Saturday, December 4, 2021 at the Monroe Full Gospel Church, located at 5337 East Albain Road, Monroe, Michigan 48161.   Pastor Fletcher Flennoy will officiate.   Procession will follow to Roselawn Memorial Park in LaSalle for burial where graveside services will be under the auspices of the Monroe Veterans of Foreign Wars Post 1138.

To send flowers to the family or plant a tree in memory of Cody Barnes, Jr., please visit Tribute Store
Friday
3
December