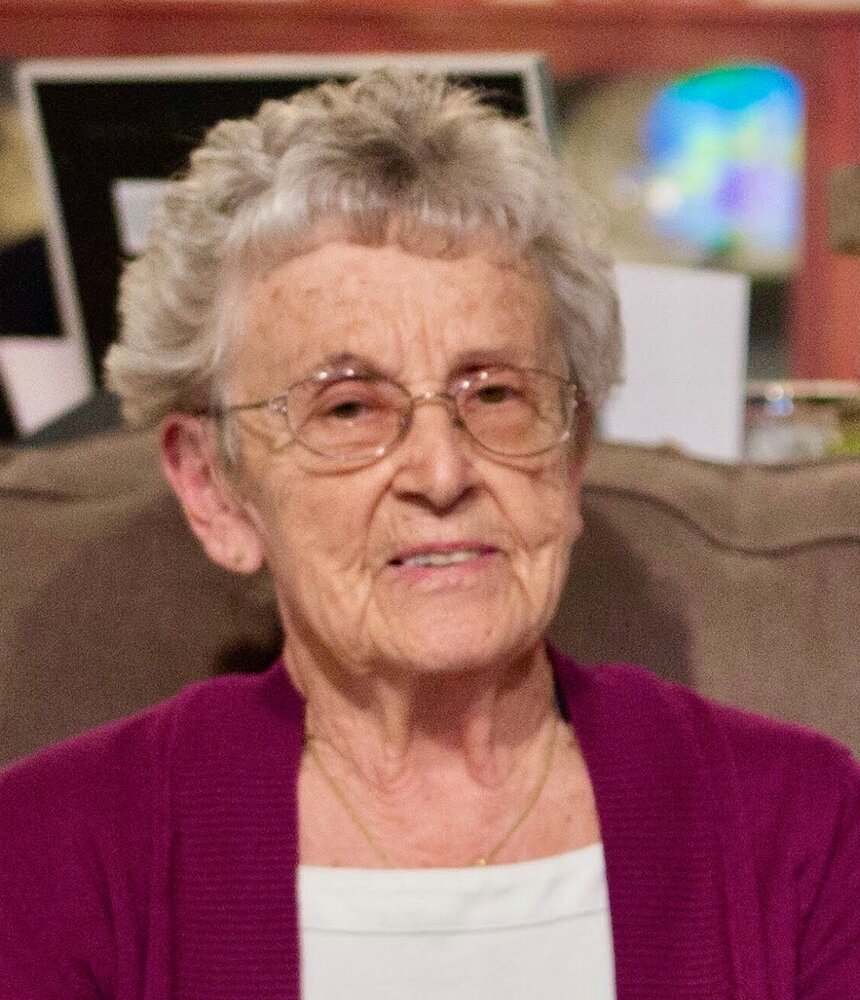 Joan Caroline Caskey was born on December 27, 1930, in Plainfield, Michigan. She was the youngest of eleven children born from the union of James and Nettie Caskey. She married Fredrick A. Corser on June 30, 1951, and he survives.

Joan graduated from Stockbridge High School in Stockbridge, Michigan and spent a large part of her life raising her family. She went to work at Deluxe Check Printers in Redford, Michigan in 1973 and retired after twenty years in January 1993. Joan enjoyed knitting and crocheting baby afghans that she donated to several charitable organizations, and she also enjoyed spending time with her family.

Joan Caroline Corser, age 90, passed away at 3:24pm on Wednesday; October 20, 2021, at Hampton Manor of Dundee, surrounded by her family.   Her passing was preceded by her parents, five brothers, five sisters, and her son-in-law:  William W. Joyner.

To cherish her memory, Joan is survived by her husband of seventy years:  Fredrick A. Corser Sr.; a son:  Fredrick A. (Jacqueline) Corser Jr. of Monroe, Michigan, a daughter:  Karen J. Joyner of Auburndale, Florida; three grandchildren:  Tina M. Corser of Monroe, Michigan, Justin A. (Alyssa) Corser of Nashville, Tennessee, Kallie Ann (Jesse) Fambrough of Indianapolis, Indiana, and her two adorable great-grandsons:  Roland L. Fambrough and Miller A. Fambrough both of Indianapolis, Indiana.   She is also survived by several nieces and nephews.

Per Joan’s wishes cremation has taken place and there will be no services at this time. Her care has been entrusted to Merkle Funeral Service, Dundee; 297 Tecumseh Street, Dundee, Michigan 48131 (734) 529-3156.

Online guests may leave words of inspiration and comfort or share a photo by visiting www.meklefs.com.