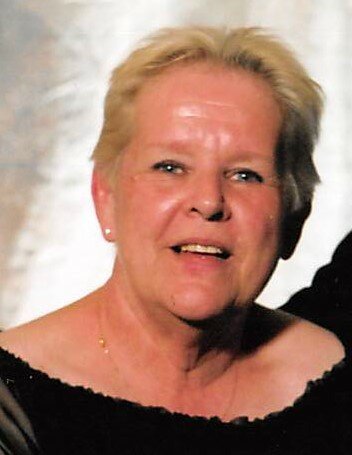 Joanne Margaret Kukhahn was born on October 12, 1943 in Wyandotte, Michigan.   The only daughter, she was one of four children born from the union of the late Carl and Evelyn (Parant) Kukhahn.   Joanne attended Roosevelt High School in Wyandotte but left before graduation day to marry the love of her life, Carl Hall Jr., on October 17, 1961.   The couple would enjoy nearly sixty years of marriage and were blessed with five children.   Recently, Joanne, was bestowed an honorary diploma from Monroe High School.   Her family gathered to celebrate the accomplishment with Joanne proudly wearing her cap and gown.

Joanne watched game shows every day.   She never missed an episode of Family Feud with Steve Harvey, America Says, or Catch 21.   As a young woman she enjoyed playing Rummy with her friends.   Joanne kept her home immaculate and even swept underneath all the furniture three times a week.   She was a self-described “white glove tester”.   Joanne was just as meticulous with her nails, keeping them perfectly manicured.   Her passion for neatness extended to her career as a housekeeper, which she truly loved.   She was employed at Super 8 Motel in Pocatello, Idaho where she and Carl lived for eighteen years and at the Holiday Inn Hotel in Monroe, Michigan until her retirement in 2006.

Joanne often took care of her grandchildren.   A trip to the ice cream stand was always on the agenda.   She would set up a large pallet of pillows and blankets on the floor so everyone could sleep together.   Joanne treasured the time she spent with her family so much so that she carefully documented these memories in a journal.   A loving mother and grandmother, she was always honest and never hesitated to “tell it like it was”.

Joanne Margaret Hall, age 77, of Monroe passed away peacefully on Friday, September 10, 2021.   In addition to her parents her passing was preceded by an infant son:  Mark Hall; brothers: Carl Kukhahn Jr. and Bruce Kukhahn; and nephew: Jerry Hall.

To send flowers to the family or plant a tree in memory of Joanne Hall, please visit Tribute Store
Tuesday
14
September

Celebration of Life for Joanne Hall