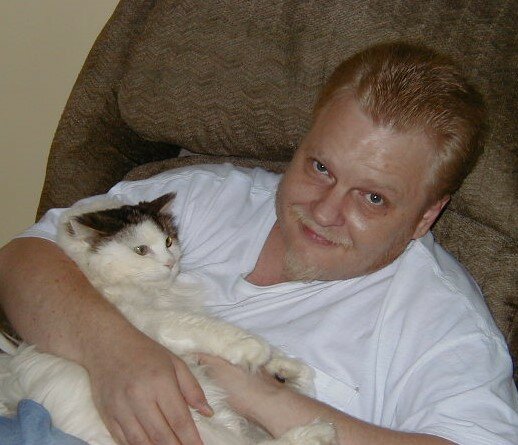 Rodney Loren Peterson was born on November 21, 1969, in Wayne, Michigan. He was one of three children born from the union of Ronald Loren and Norma Ellen (Gardell) Peterson.   He was a 1988 graduate from John Glen High School.

Rodney was an avid collector of many things.   He often stated that his most prized collections were those of coins and knives.   Rodney was quite proud of his tatoos and enjoyed showing off his arm “sleeves” on both arms to anyone willing to look.

Above anything, Rodney loved his family, especially enjoying the time spent with his niece and nephew.   In his younger years, Rodney would often display his talent by playing hacky sack with them.   He would also look forward to going on long walks with no particular destination in mind.    Rodney would also spend a lot of time visiting his sister and her family in Toledo, Ohio.

Born with an easy-going attitude, Rodney, was equipped with a pleasant disposition with a kind and gentle soul despite his large stature.    All these personality traits made him fun to be around as he was a sweetheart of a person.   Rodney took excellent care of his mother, even though he playfully teased her much of the time.

Rodney Loren Peterson, age 51, of Carleton passed away unexpectedly at home on Thursday; September 9, 2021.   His passing was preceded by his father, Ronald.

Private services have been held and no public services are planned.   Merkle Funeral Service, North Monroe; 2442 North Monroe Street, Monroe, Michigan 48162 (734) 384-5185 has been entrusted with his care.