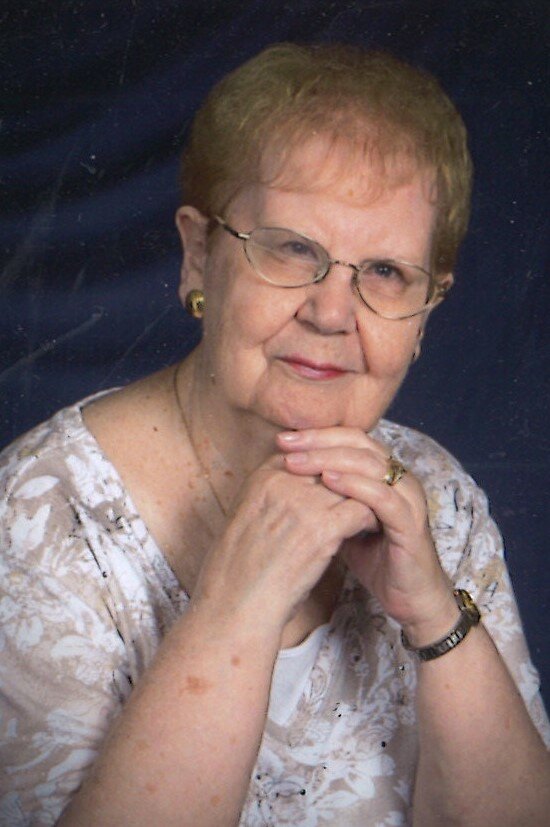 Joann Patricia Hayter was born on May 19, 1934, in Monroe, Michigan. She was one of twelve children born from the union of the late Keith and Anna (Burt) Hayter.   Joann attended Lincoln School in Monroe.

On October 31, 1952, she was joined in marriage by an Ohio Justice of the Peace to Clayton Bailey.   The couple were happily wed for more than sixty years and would be blessed with one daughter.   Joann sacrificed much caring for others, in fact it was her life’s work to be a homemaker.

Although Joann would be blessed with only one child of her own, she also had a niece Darcy Merritt that she was extremely close to. Although she had no grandchildren of her own, she took care of her great niece Emily Donahue and great nephew Eric Merritt as if they were her own. She was like a grandmother figure to many of her nieces, nephews and a surrogate mother to many others.   Her heart and home were open to all.

An avid bowler, Joann, enjoyed bowling at Monroe Sports Center.   She had also traveled to bowling tournaments throughout the country.   Joann, loved playing Bunko with family and friends.   She enjoyed watching old movies and Westerns.   Joann never missed her soap operas, or as she called them “her stories”.   She also enjoyed the occasional novel, but more often than not reached for her Bible, which she kept pristine and free from marks and notations.   A kind and patient woman, Joann, could be counted on for her brutal honesty and her “tell it like it was” attitude.

To send flowers to the family or plant a tree in memory of Joann Bailey, please visit Tribute Store
Friday
10
September