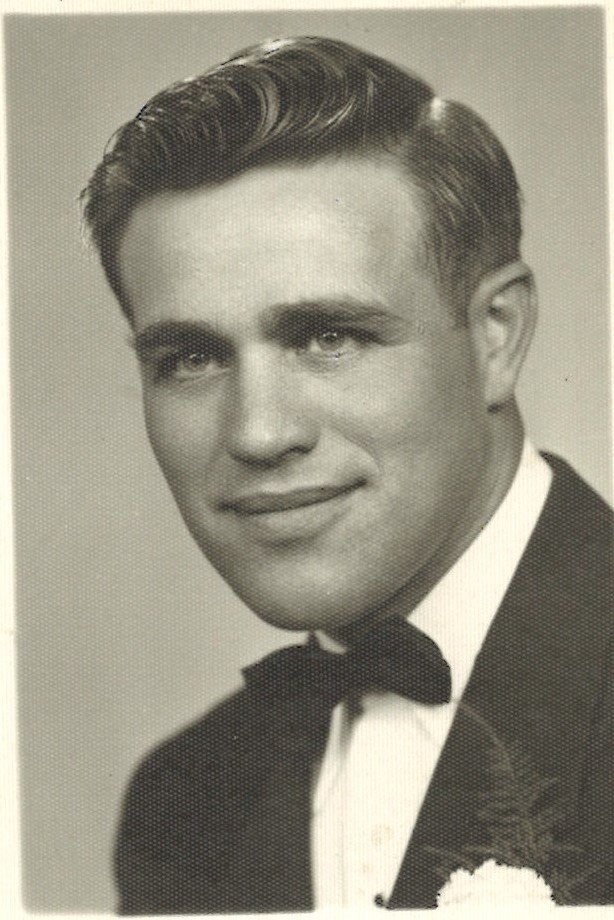 George Peter Elmer was born on September 21, 1927, in Monroe, Michigan.   He was one of seven children born from the union of the late John Elmer and Elizabeth (Braun) Elmer.   He attended Monroe High School.   George joined the United States Army where he proudly served as a Sergeant during World War II until his honorable discharge and returned to Monroe on August 11, 1947.

He married the former, Virginia J. Leroy until her passing on September 5, 1995.   George and Theresa S. Knapp were engaged in 1996 and they would spend every day together since that day.

George was a hardworking, kind man who earned a living as a painter.   He was a proud member of the IUPAT, painter’s union for many years.

George had a great love for Polish and Croatian music.   He enjoyed dancing and even played the accordion.    George loved golf and was a great card player.   He spent many wonderful hours tending to the garden with Theresa.   George loved his family and friends and all the family events they had together.

George Peter Elmer, age 93, of Monroe peacefully passed away on Friday; May 28, 2021, at Ebeid Hospice Residence in Sylvania following a lengthy illness.   He had been under the care of ProMedica Hospice for the past one-and-a-half years.   The family was extremely grateful during this time for the loving care provided to George and especially thankful for nurse Kim.

To cherish his memory George leaves his fiancé and best friend:  Theresa S. Knapp; his brother:  Joseph (Ruthanne) Elmer; and many nieces and nephews.  Theresa's children and grandchildren will surely miss George, he has spent many holidays, birthdays, and celebrations with them over the past 25 years.

After a long separation, George, has been reunited in heaven with his parents, three brothers:  John Jr., Steve, and Frank Elmer; and two sisters:  Elizabeth Kanights and Anna Mata.

To send flowers to the family or plant a tree in memory of George Elmer, please visit Tribute Store
Friday
4
June

Celebration of Life for George Elmer