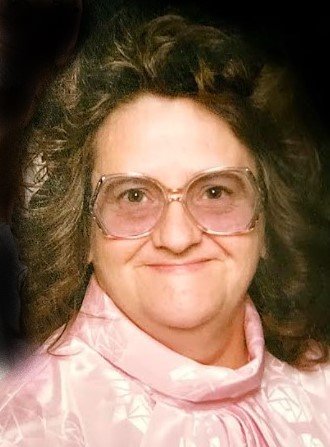 Loretta F. Kiely was born on July 18, 1946, in Detroit, Michigan.   She was a daughter born from the union of James Joseph and Mary Ellen (Kelly) Kiely.   Loretta was quite the rebel as a child, rightfully earning the nicknames, “Spunky” and “Irish Firecracker”.   She graduated with the Class of 1965 from St. Frances De Sales High School in Detroit, but not before she had been on many crazy adventures with her sister Mary.

Two short years after graduation, Loretta, would marry the love of her life: James Ambrose in Tijuana, Mexico.   James often joked with Loretta that she dated a few “zeros” before landing her “hero”.   The happy couple would be blessed with the birth of five children.  Loretta treasured being a stay-at-home mom to all her children.   Soon the children grew, and Loretta would take employment for nearly ten years as a cashier at Target.

Loretta saw the good in everyone, no matter what.   She always found a bright spot where others only saw darkness.  As a woman of faith, Loretta would also be spiritually accomplished by teaching Catechism to 6th and 3rd graders at St. Michael’s Catholic Church from 1996 until 2003.

Loretta was well-known by family and friends to have an incredibly sharp mind, even up until the day she passed.   In her free time, she enjoyed watching soap operas on the television with the longest running, General Hospital, being her most watched.

Loretta F. Ambrose, age 74, of Monroe, Michigan, passed away at 3:45am on Wednesday May 26, 2021 in her home.   Her passing was preceded by both of her parents; her husband: James Ronald Ambrose; one sister: Margaret Moore; and two brothers: James and Lawrence Kiely.

In lieu of flowers, memorials are suggested to the Ambrose Family to assist with funeral arrangements or The Children’s Tumor Foundation (CTF.org).  Online guests may leave words of inspiration and comfort or share a photo by visiting www.merklefs.com.

To send flowers to the family or plant a tree in memory of Loretta Ambrose, please visit Tribute Store
Tuesday
1
June

Celebration of Life for Loretta Ambrose