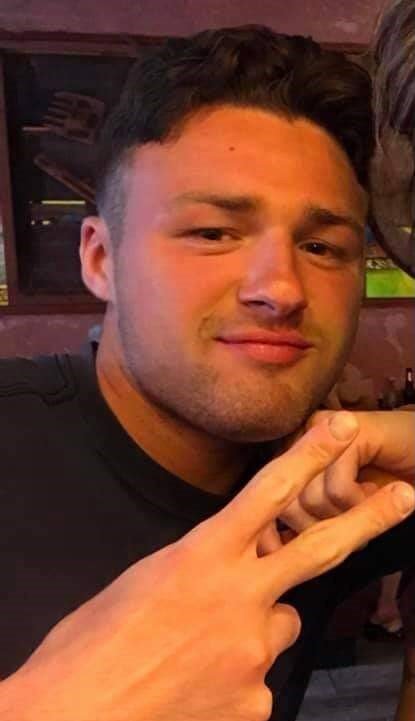 Tyler Lewis White was born at Riverside Hospital in Toledo, Ohio on January 6, 1998.   He was the youngest child born from the union of the late Timothy Lee White and Treassa Lynn (Heck) White Baldwin.

Growing up, Tyler, and his mother developed an inseparable bond.  This relationship continued to grow stronger as Tyler grew into a young man.   Tyler was his mom’s movie buddy, lunch partner, and her best friend.   They were each other’s constant supporters.   He loved his mom and family and he was a source of constant pride.

Tyler attended Erie Mason Schools and he graduated from high school with the Class of 2017.   He participated in basketball, football, and track during grade school but upon entering high school he focused purely on basketball (dunking in particular) his first love.   Called up as a Sophomore to Varsity, Tyler, would letter three years playing as a center and power forward.   His fierce competitiveness made him an All-Conference performer.   Tyler was a great teammate and a loyal program supporter.   The team could rely on him when they needed help or assistance!   Tyler was well-loved by the entire Eagle Family.

Tyler was tall, athletic, and had a great sense of humor whether telling a joke or laughing at himself.   He was very caring, a loyal friend, loving, social, polite, charming, and a family man.   His smile was contagious and infectious to everyone around him.   Tyler took good care of himself regularly working out and eating healthy.   He also enjoyed walks with the family dog, Daizy.   He continued playing basketball recreationally and did attend classes at Monroe County Community College.   For the past year and a half, he had been employed as a technician for Discount Tire in Toledo, Ohio.

Any spare time that Tyler had, he would often be with his cousin and best friend Damian Rorke.   Tyler and Damian were like brothers, sharing workouts, leisure time, and laughs together.   Tyler was also extremely close to his brother and sister, Hunter and Aspen White.

Tyler Lewis White, age 23, of Erie passed away on Saturday; May 8, 2021 from injuries sustained in an automobile accident in Erie Township.   At his passing, Tyler gave the gift of life to others as an organ donor through Life Connections of Ohio.   His passing was preceded by his father, Timothy; maternal grandmother, Pok Im “Pae” Heck; paternal grandmother; “Annette” Valencia (White) Miskiel; and a brother, Kaleb Landyn White.

In lieu of flowers memorials are suggested to Life Connections of Ohio.   Online guests may leave words of inspiration and comfort or share a photo by visiting www.merklefs.com.

Share Your Memory of
Tyler
Upload Your Memory View All Memories
Be the first to upload a memory!