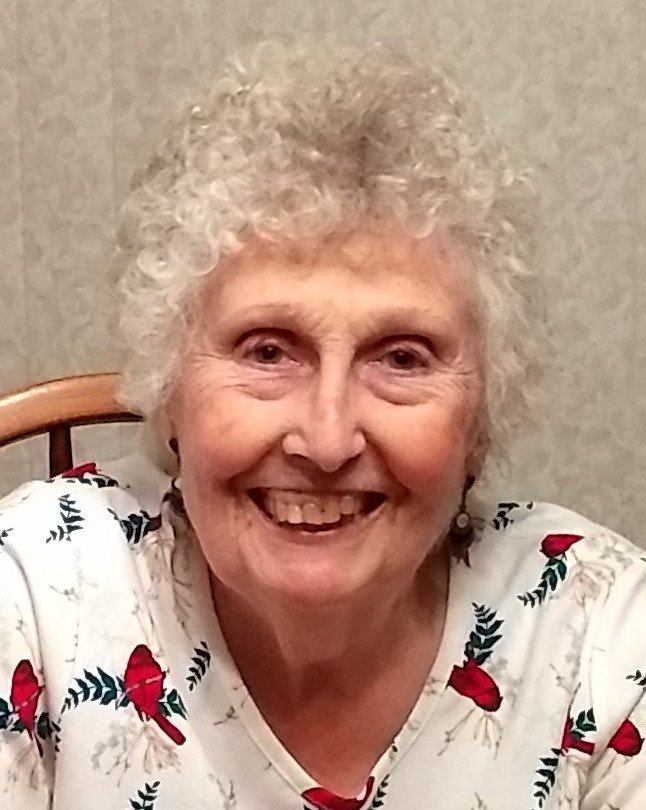 Eleanor Marie Servey was born on December 15, 1938, in Monroe, Michigan. She was the only daughter, amongst eight children, born from the union of the late Charles H. and Marcella M. (Hivon) Servey.   Eleanor would attend Monroe High School graduating with the class of 1957.

Eleanor married Wellburn Eugene Leach and from this union, the couple would be blessed with three children.  Above anything, Eleanor treasured being a mother to her children and keeping a good and healthy home for them to grow and safely mature. In the early 1980’s, Eleanor moved to Mio, where she met and married the love of her life:  Harold Goethe.   Living in Mio, Eleanor and Harold had a small farm where they lovingly cared for thier animals.

Eleanor enjoyed the company of others and treasured conversation with people, even those she had just met.   She had a great sense of humor.   In fact, most of her friends and family would lovingly compare her to the comedic actress, Betty White.   Eleanor will sadly be missed by all who had the opportunity to know her.

Eleanor Leach-Goethe, age 82, of Mio, formerly of Monroe, passed away at her home at 9:24am on Wednesday; May 5, 2021, surrounded by her family and loved ones.   She had been under the care of Heartland Hospice for nearly a year.   In addition to her parents her passing was preceded by her husband:  Harold Goethe; a son:  David Leach; five brothers: Charles Servey, Dwight Servey, Everett Servey, Clarence Servey, and Marvin Servey; and her former spouse and the father of her three children:  Wellburn Eugene Leach.

Services were private and a celebration of Her life will be held at a later date by the family.  Merkle Funeral Service; North Monroe, 2442 North Monroe Street, Monroe, Michigan 48162 (734) 384-5185 has been entrusted with her care. Online guests may leave words of inspiration and comfort or share a photo by visiting www.merklefs.com.

The family wishes to express their deepest appreciation to the wonderful staff of Heartland Hospice of West Branch, Michigan for the abundant and compassionate care provided to Eleanor.

Share Your Memory of
Eleanor
Upload Your Memory View All Memories
Be the first to upload a memory!