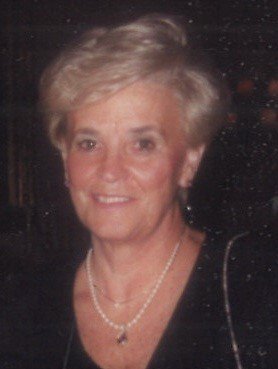 Denise Joanne Liebert was born in Charleston, West Virginia on November 12, 1929.   She was the daughter of Maurice Liebert and Catherine (Pierson) Liebert-Kroll.   After Maurice’s passing from Rheumatic Fever, she was raised by her stepfather:  Fred Kroll.    Denise was a graduate of St. Mary’s Catholic School in Clarksburg, West Virginia.

As a young girl, Denise, fondly remembered visiting family.  At many of these events the family spoke French to each other.

For thirty-nine years, Denise was employed by the West Virginia Department of Highways.   She served as an accounting and billing payroll manager retiring in 2007.   In 2008, Denise and Fred would move to Michigan to be closer to Lezli during their retirement.

A private Celebration of Life will be held for immediate family only. Then a private inurnment will take place in Clarksburg, West Virginia, the home of Denise and Fred. Arrangements have been entrusted to Merkle Funeral Service, North Monroe; 2442 North Monroe Street, Monroe, Michigan 48162, (734) 384-5185.

In Lieu of flowers, memorials are suggested to The Humane Society of the United States, 1255 23rd Street, NW, Suite 450 Washington DC  20037 or by visiting humanesociety.org and Boys Town, P.O Box 6000, Boys Town, Nebraska 68010. Online guests may leave words of comfort or share a photo by visiting www.merklefs.com

Share Your Memory of
Denise
Upload Your Memory View All Memories
Be the first to upload a memory!