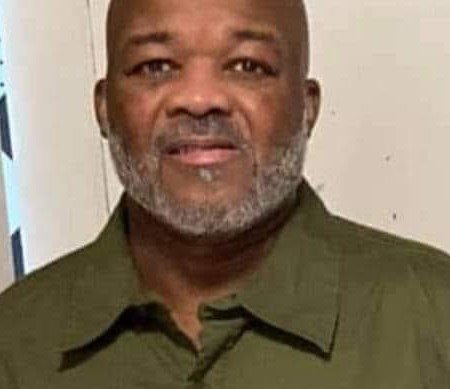 Herman Lawrence Wilkerson, Jr. was born on November 30, 1968 in Memphis, Tennessee.  Raised in a home with four other siblings, Herman, attended Monroe Public Schools and graduated with the class of 1987 from Monroe High School.

He had been employed as a laborer for Pioneer Steel.

Although, Herman, was known to be quite brash from time-to-time he was everyone’s favorite “Uncle”.  He kept family and friends on their toes with his quick comments and crude language.   The truth is that his gruff exterior only hid his true heart of gold.   He often was known as “Uncle Taxi”, due to his dependability and willingness to drop everything to provide someone transportation.

Loved and adored, Herman, was well-respected throughout his community.   He often lent a helping hand at the Community Center performing service work.   Referred to as an “Earth Angel”, Herman was helpful with his family by getting the children ready and off to school, serving as a babysitter regularly, even if he fussed and stated he wasn’t going to do so.   Herman was also the “go-to” prom guy, a so-called knight in shining armor, which allowed him to attend more high school prom dances than anyone else.

Friends may gather on Friday; April 9, 2021 from 11:00am until 2:30pm at Merkle Funeral Service, South Monroe; 14567 South Dixie Highway, Monroe, Michigan 48161 (734) 241-7070.   A Homegoing Celebration will take place at 2:30pm also at Merkle’s with Leto Medez officiating and Pastor Heather Boone of Oaks of Righteousness Church to share a prayer.   Procession will follow to Roselawn Memorial Park in LaSalle for burial.   Due to the ongoing Covid-19 pandemic, guests will be limited in number, face coverings are required for entry, and no food or beverages will be permitted inside the building.

To send flowers to the family or plant a tree in memory of Herman Wilkerson, please visit Tribute Store
Friday
9
April