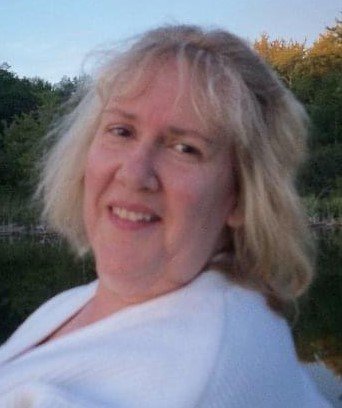 Terri Lee Swanson was born on March 6, 1955, in Ann Arbor, Michigan.   She was one of two daughters born from the union of Herbert Roger Swanson and Sally Jane (Smock) Swanson.   She would attend and graduate from Ann Arbor Pioneer High School with the class of 1973.

Terri had a lifelong love of animals.   As a young girl, she would work with her mother at the Hesa-Telo Kennel in Ann Arbor, where the duo would groom and show German Shepherds.   Following graduation, she continued on the career path of pet grooming.   Her interest became a passion as she lovingly cared for pets washing and trimming away in the Dundee Community for nearly forty years.

Terri was a well-known staple in the area.   She was very generous with her time volunteering in many capacities.   She often could be seen preparing the meals at her church, St. John Lutheran.  Her involvement spanned decades and extended to the Dundee Volunteer Fire Department Auxiliary and being an Athletic Booster for the Dundee High School sports program.

Terri enjoyed playing cards, not just one card game, but all card games.   She was quite competitive even when playing a friendly board game among friends.   Terri and Tom relished the time they spent in Northern Michigan.   Many good times were had at their friend’s cottage in Kalkaska.

Terri’s, get it done personality led her to be the nearly singlehanded organizer of the Steinbrecher family reunion.   This bi-annual gathering of her husband’s side took place during the Summer and at Christmas.   These events were quite the undertaking as she was responsible for securing a hall large enough to accommodate all of the guests.

Terri Lee Winkelman, age 65, of Dundee, passed away unexpectedly at her home on Sunday, February 28, 2021.   Her passing was preceded by her father:  Herbert Swanson.

Due to the ongoing Covid-19 pandemic, the Winkelman family has selected private services.   Merkle Funeral Service, Dundee; 297 Tecumseh Street, Dundee, Michigan 48131 (734) 529-3156 has been entrusted with her arrangements.

In lieu of flowers, memorial donations are suggested to the Humane Society of Monroe County at www.monroehumane.com. Online guests may leave words of inspiration and comfort or share a photo by visiting www.merklefs.com.