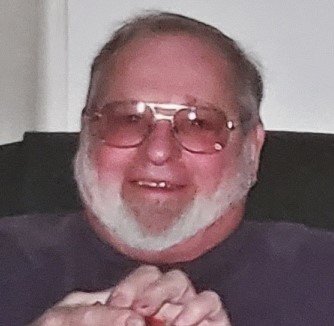 Gerald “Gary” Vander Vlucht was born on March 8, 1938 in Toledo, Ohio.   He was one of five children born from the union of the late Garhardt and Charlotte Rose (Schwartz) Vander Vlucht.   Gary attended Monroe High School graduating with the Class of 1957.   Following graduation, he would enlist in the United States Navy where he would serve his country honorably.

Shortly after his discharge from the military, Gary would meet and soon marry the love of his life, the former Jewel Darlene Lindamood.   The happy couple would be blessed with the birth of three boys:  Gerald, Christopher, and Larry.   For twenty-six years, Gary, was employed as a maintenance mechanic for DuPont of Toledo.

Gary loved to be outside.   Many years ago, when Lake Erie froze thick enough to drive a car on, he and the boys would look forward to ice fishing.   The boys often reached their destination far from shore by grabbing the backside of the vehicle and bumper sliding!   Many wonderful memories were made Walleye Fishing on Lake Erie or dropping a line at Fletcher’s Lake near Alpena.

Gary relished the time he spent in the Northlands, nearly every weekend. For the past eleven years, they would visit the family’s Houghton Lake cabin.   The boys fondly recall making the journey with dad for many years listening on repeat to Willie Nelson’s “On the Road Again”

Gerald “Gary” Vander Vlucht, age 82, of Monroe, passed away unexpectedly on Saturday; February 6, 2021 at Munson Medical Center in Traverse City.   In addition to his parents his passing was preceded by his beloved wife:  Jewel; two siblings:  Larry Vander Vlucht and Henrietta Malone.

To send flowers to the family or plant a tree in memory of Gerald Vander Vlucht, please visit Tribute Store
Wednesday
10
February

Celebration of Life and Worship Service