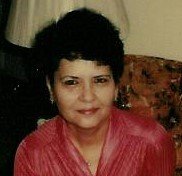 Obituary of Florence May Bialy

Florence May Leger was born August 22, 1924 in Welsh, Louisiana. She was one of seven children born from the union of Eldridge J and Ada L (Lejeune) Leger. Florence resided in Louisiana, graduated from High School and then she fell in love with Harry T. Bialy. The couple would marry and originally make their home in Texas while Harry was serving in the Army Air Corp. during WWII. They then settled in Monroe, Michigan in 1947. This happy couple would be blessed with the birth of four children.

Florence was gainfully employed by Kmart for over twenty-five years, where she proudly worked in the men’s wear department. In her quiet time, Florence would crochet various items to give to her family and friends. She was also a member of a women’s bowling league and she would always find time to be a Hospital Guild Volunteer.

Florence had dreams of traveling, but she chose being around to visit and take care of her grandchildren instead. As a good mother, Florence was always willing to help anyone in need and she held her children to high standards. Christmas was very important to Florence as she really loved the Holidays. It was always imperative for her family to gather for these celebrations.

Florence May Bialy, age 96 of Monroe went to see her husband who was waiting at the heavenly gates, with open arms, on the anniversary of their wedding, on Wednesday January 6, 2021.  In addition to her passing, she is preceded by: her husband: Harry in 2010; her parents; three brothers: a twin, Frankie, Harold and EJ two sisters: Geri Ardoin and Betty Boulineau; grandchildren: Brian L. Vroman, Michael Bialy and Cynthia Furlan.

A Mass of the Resurrection will take place at St. Michael the Archangel Church 502 West Front Street, Monroe, Michigan 48161 at 11:00am on Saturday January 9, 2021, with Father Kishore Battu officiating. A procession to St. Joseph Cemetery, Monroe will immediately follow.

Online guests may visit www.merklefs.com to leave words of comfort and inspiration or share a photo. Merkle Funeral Service, North Monroe 2442 North Monroe Street, Monroe, Michigan 48162 (734) 384-5185 has been entrusted with her arrangements.