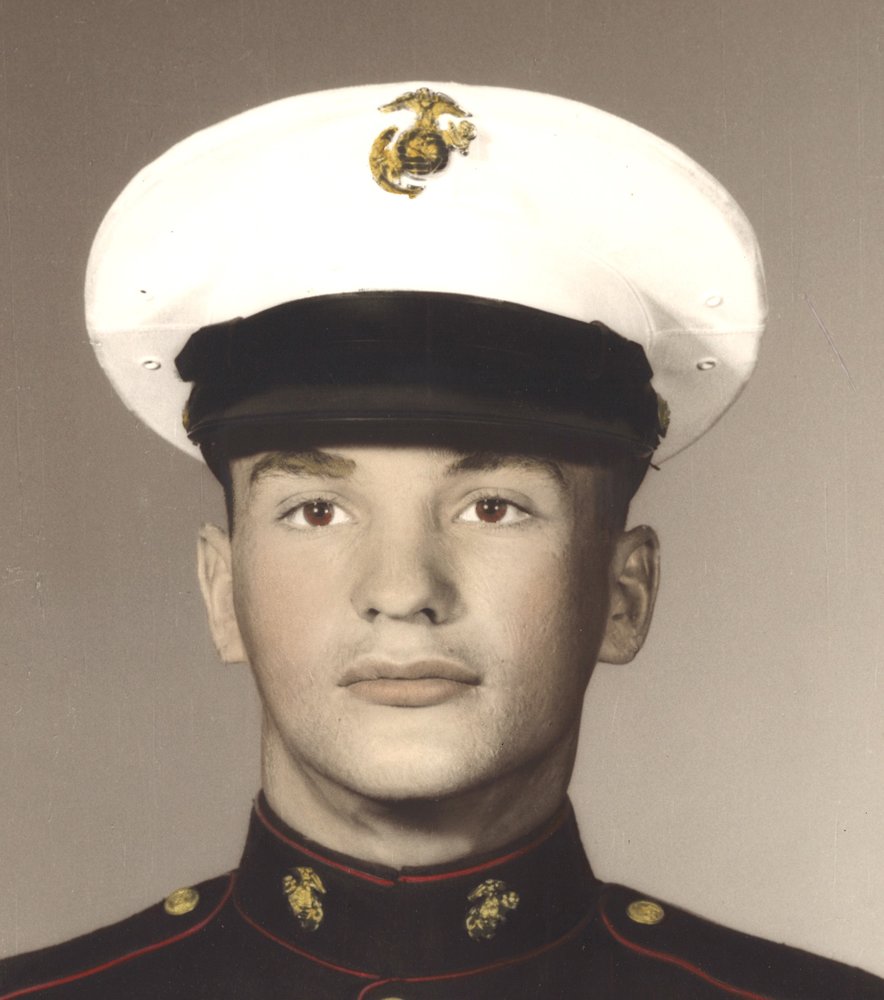 Curtis Raymond Teeple was born in Port Huron, Michigan on July 28, 1947 from the union of the late Glenn and Edythe (Jones) Teeple.   A member of the class of 1965, he attended Port Huron High School. Upon graduation, Curt proudly served his country in the United States Marine Corps. After being discharged from the military, he was employed as a keypuncher and later as a stockperson for the telephone company. In 1984 he graduated from St. Clair Community College and began a career as a licensed practical nurse. Employed at Kalamazoo State Hospital and Huron Valley Center, Curt spent 27 years caring for patients until his retirement in 2012.

On March 3, 1973 he married the love of his life, Kathleen Kotelman, whom he met during a strike at the phone company. They were joined in marriage at Varney Street Reorganized Church of Latter Day Saints in Port Huron, Michigan. Curt was a loving husband, father, and grandfather whose first priority was making sure his family was taken care of.

Curt enjoyed watching Western movies, especially those featuring John Wayne. He was a certified scuba diver and enjoyed the Great Lakes. Curt relaxed by spending quiet moments walking in the woods and feeding the birds. He could often be found sitting at his roll top desk, tinkering with watches or reading the Bible, marking his favorite passages. He enjoyed listening to Christian music. Curt also valued volunteerism and gave of himself as a Deacon in the church and monitor at the school, along side his wife.

Curtis, age 73, of Dundee passed away unexpectedly at home on Tuesday, October 20, 2020.   In addition to his parents, his passing was preceded by his sister: Cheryl Miller and brothers in-law: Robert Todd and Mark Kotelman.

A memorial service was held on Friday, October 23, 2020 at Calvary Baptist Church in Dundee, officiated by Pastor Don Brown.   Inurnment will occur with military honors at a later date at Great Lake National Cemetery in Holly, Michigan.

Memorial donations may be made to the Teeple family care of Merkle Funeral Service by visiting https://memorialfundraising.com/Fundraisers/View?id=25.

Share Your Memory of
Curt
Upload Your Memory View All Memories
Be the first to upload a memory!
Share A Memory