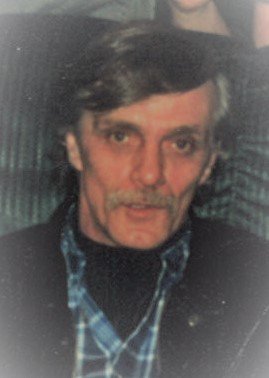 David Curtis Bomia was born in Monroe, Michigan on August 15, 1951. He was one of five children born from the union of Raymond and Marcella (LaFountain) Bomia.

After proudly serving this great Nation in the United States Army, Dave would find employment in Detroit as a foreman for a Metal and Shop blasting company.

Dave was known as a jack of all trades. He was always willing to assist anyone with any project, whenever he was asked. Dave, being the good person, he is, he would do anything for anyone, anytime. Dave would also find time to tinker with cars as playing a mechanic’s role, came naturally to him.

One of Dave’s pastimes was to watch westerns on the television. He enjoyed watching them so much that even if he saw the episode previously, he would still watch it.

Tossing a line in Lake Erie with Ivan and Mikey and, on occasion, his daughter is an event Dave treasured the most. Dave extremely cherished and looked forward to any time he would spend with his children and grandchildren. Dave and Ivan would also practice hitting the bullseye target shooting with their BB guns.

Many people will remember the times when Ivan and Mikey would rile up Dave. Dave would always respond “aww…c’mon!”, which would make them all laugh for the longest time.

David Curtis Bomia, age 69 of Lambertville passed away at his home surrounded by his loving family on Monday August 24, 2020 at 4:32a.m. In addition to his passing, he is preceded by his parents, one son: David Bomia, Jr.; one daughter: Stacy Bomia, and two sisters: Donna Snap, Roxanne Bomia-Hoffer.

To send flowers to the family or plant a tree in memory of David Bomia, please visit Tribute Store
Friday
28
August

Private Gathering for Family and Friends