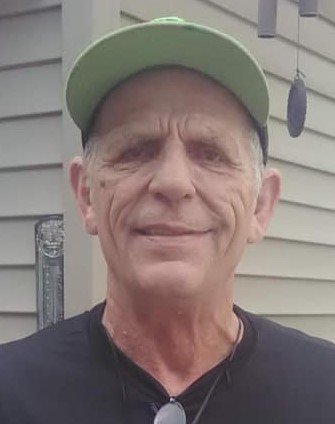 Comer “Garry” Elwood Bond was born July 28, 1950 in Piqua, Ohio. After earning his GED from Jackson High School, Garry would proudly serve our country in the United States Army. Soon after he was honorably discharged from the service and in order to provide for his family, he would take employment with Ford Motor Company as a line worker and remain there for thirty years. Garry would perform maintenance on fire extinguishers in the greater Detroit area and continue to do so until his passing.

When he craved spiritual nourishment, Garry would attend New Apostolic Church in Sterling Heights to fulfill this need.

Being quite the card shark, Garry would never miss an opportunity to play a friendly game of poker. He could also often be found showing off his skills in the game of pool at the local pool halls. He always enjoyed and made time for a round of golf with his brothers.

Family was very important to Garry and he treasured the times he would take his daughters fishing, when they were younger.  When his daughters grew and started their families, Garry would expressly love and cherish the time he spent with his grandchildren.

On Sunday’s, Garry would often be found watching a football game, aka “sleeping on the couch”. He also enjoyed watching the Detroit Tigers play, especially if they were winning.

Comer “Garry” Elwood Bond, age 69 passed away suddenly on Saturday July 11, 2020 at his home.  In addition to his passing, he was preceded by his stepfather: Donald Pepka and siblings: Arthur Pepka, Susanne Pepka-Crenshaw and Danny Bond.

Share Your Memory of
Comer
Upload Your Memory View All Memories
Be the first to upload a memory!