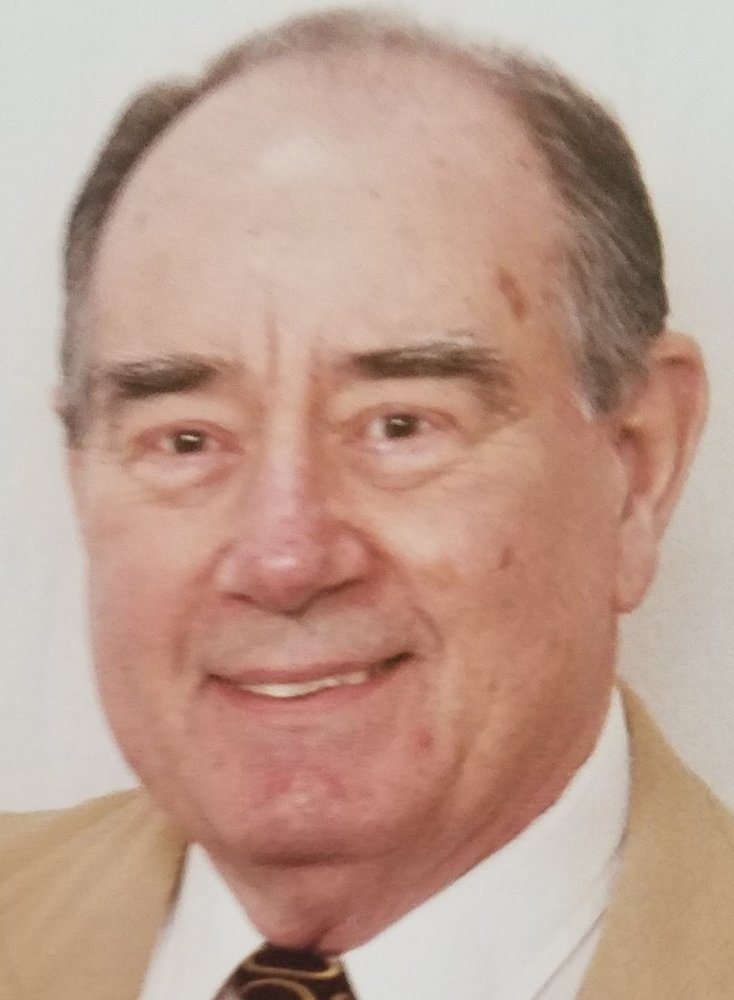 James Edward Breitner was born on December 7, 1929 in LaSalle, Michigan. He was one of four children born from the union of James “Burt” and Dorothy (Day) Breitner.   He attended Monroe High School graduating with the Class of 1947.   Following graduation, he enlisted in the United States Navy serving as a Fire Control Technician during the Korean War.   He was also called to serve a second time.

After his honorable discharge from the Navy, James would take employment with the River Raisin Paper Company as a Pressman.   He married the former, Marcella Brown, on March 10, 1951 at Trinity Lutheran Church in Monroe.   The couple would be blessed with the birth of three children:  Michael, David, and Kay.   James was a devoted husband and father and worked hard to provide for his family.   His career would span forty years before his retirement in 1991.

James loved his family first and foremost.  He was also very well-respected throughout his community as a man with many gifts.   James was very handy building and maintaining the home he lived in with Marcella’s help.   He was always curious about the world around him. He was interested in the lives and success of his children, grandchildren and great-grandchildren.  Jim had a good sense of humor.

James loved to be outdoors, and spent countless hours tending to his lawn and garden.   He had a special bond with his bride.   They often traveled together to various destinations and to visit their children around the United States.

James Edward Breitner, age 90, of LaSalle passed away at Wellspring Lutheran Services on Saturday, June 27, 2020 at 5:38pm.   In addition to his parents his passing was preceded by his beloved wife:  Marcella in 2017; his step-father:  Walter Larrow; two brothers:  Richard Breitner and Alvin Breitner; and a sister:  Maxine Weber.

Friends may gather at LaSalle Township Cemetery on Swartz Road between South Dixie and South Telegraph Road on Tuesday, July 7, 2020 at 2:30pm for a graveside service.   Veterans of Foreign Wars Post 1138 will provide honors.   Merkle Funeral Service, South Monroe; 14567 South Dixie Highway (734) 241-7070 has been entrusted with his arrangements.

To send flowers to the family or plant a tree in memory of James Breitner, please visit Tribute Store
Tuesday
7
July