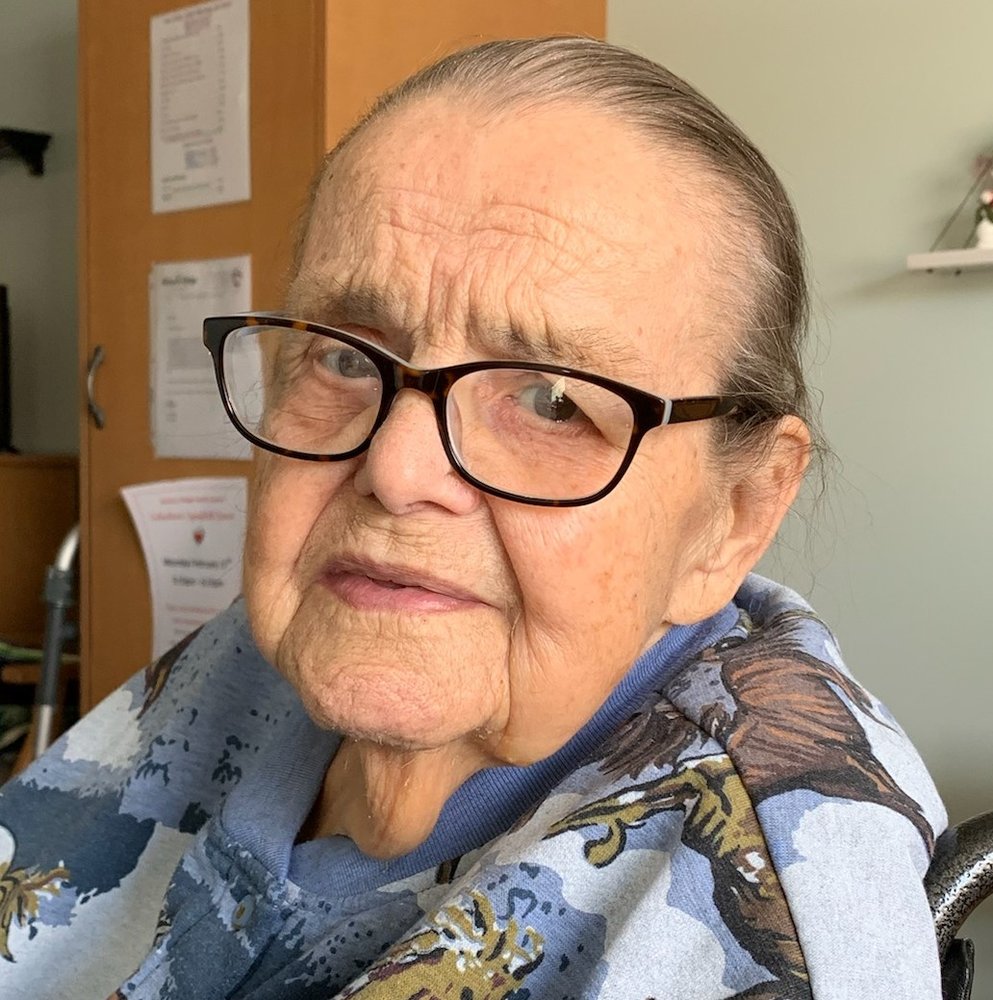 Sarah Helen Bowman was born in Speedwell, Tennessee on June 3, 1930.   She was the daughter of the late Elijah Bowman and the late Eva (Wikerson) Bowman.   Sarah came from an extremely large family having seventeen siblings including her stepbrothers and stepsisters.

Sarah married the love of her life, Martin Goins, on September 23, 1948 in Middlesboro, Kentucky.   The couple would bless the world with six children of their own:  Charles, Martin Jr., Mary, Linda, Ronald, and Brenda.   Sarah never had a license or drove in her life.   She would be entrusted as a homemaker to care for the needs of her husband and children.

She was known to be very ornery and although she could be difficult and demanding; it was always clear where one stood with Sarah.

Sarah loved children.   For many years she babysat for her neighbors and her grandchildren watching children until the age of 87.   The past few years she had made her home at Hickory Ridge of Temperance Skilled Nursing and Rehabilitation Center.   At Hickory Ridge, she often roamed the halls with her friend, Mary Ann, always keeping the staff and other residents in line, making sure to police the facility happenings.

Sarah Helen Goins of Temperance formerly of Monroe passed away at 1:20am on her 90th birthday June 3, 2020 at Hickory Ridge of Temperance.   In addition to her parents her passing was preceded by her beloved husband on September 18, 2018; a son:  Martin Jr. on August 17, 2017; a daughter:  Mary Anteau on March 9, 2017; son:  Charles Philip Goins; and a grandson:  Michael Wayne Collins.

Online guests may leave words of inspiration and comfort  or share a photo by visiting www.merklefs.com.

Share Your Memory of
Sarah
Upload Your Memory View All Memories
Be the first to upload a memory!