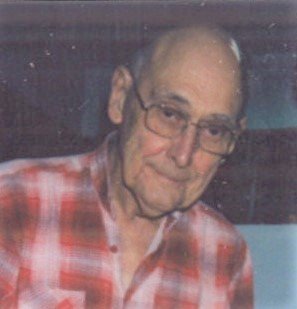 William Louis Eby was born on February 13, 1939, at his home, the Eby family farm in Carleton.   He was the son of the late William Xavier and Edna (Yape) Eby.   William attended Herkimer School and Monroe Catholic Central.

Bill was married by Father Casey to the former, Joyce Yensch, on October 26, 1968 in St. Joseph Catholic Church in Maybee, Michigan.   A great husband, provider, and hard worker by nature he would take employment at Georgia Pacific in Milan.   Bill would work as a machine operator until his retirement on May 4, 2001.   Although, he worked in cardboard manufacturing for many years, his true love was that of farming.   Bill was able to live this passion while working many years for James “Butch” Timbers.

William was very gifted with his hands and quite mechanically inclined.  He enjoyed wrenching on lawnmowers and tractors and had the ability to fix anything.   He was known for his easy-going personality and his patient, kind, level-headed attitude.   He was generous with his time and knowledge always willing to lend a hand.

Bill was extremely grateful and faithful throughout his life.   A thoughtful and sensitive individual the world would certainly be a better place if there were more Bill’s in it.

Bill will lie in state from 9:00am-11:00am on Saturday, May 23, 2020 at St. Mary Parish, 127 North Monroe.   The Mass of the Resurrection will follow at 11:00am also at the church with Father Giancarlo Ghezzi officiating assisted by great nephew, Mark Tibai.   The church requires that all attendees wear face coverings and that six-foot social distancing be maintained at all times.   Private entombment will follow at St. Joseph Cemetery.

Memorials may be made to St Mary Parish, Monroe.

To send flowers to the family or plant a tree in memory of William "Bill" Eby, please visit Tribute Store
Saturday
23
May

Mass of the Resurrection for William Louis "Bill" Eby