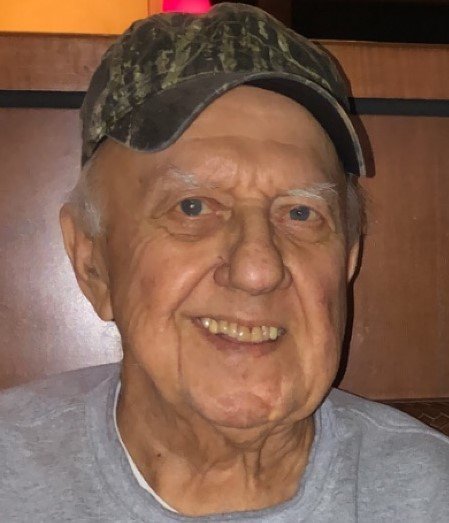 William Levicki was born in River Rouge on June 22, 1938.   He was the last surviving of four boys born from the union of the late Andrew B. and Mary (Wankewicz) Levicki.   At a young age, Bill’s, family moved to Dundee to help on the family farm.   He was a 1956 graduate of Dundee High School.

Following graduation, Bill, took employment with the Ford Motor Company.   He would marry the love of his life, the former Lila Kluckey, at St. Irene Parish on August 3, 1957.   Bill would soon find a position with Detroit Edison as a lineman.   He was a dedicated, hard worker.   The couple was blessed with three boys of their own.   Bill selflessly provided for his family, even helping his sons all obtain college educations.

Bill loved collecting antiques and guns.   He enjoyed visiting auctions and flea markets no matter where he traveled trying to find treasures.   Bill daily visited Kroger to see what was on clearance in aisle 14.   His habits actually led him to becoming quite well-known at many venues.   Bill was a member of the American Legion Auxillary in Dundee, where he often socialized.

More than anything in this world, Bill, was proud of his family and especially enjoyed sharing his experiences with his grandchildren.

Bill Levicki, age 81, of Dundee passed away at home unexpectedly on Tuesday, March 17, 2020.   In addition to his parents his passing was preceded by brothers:  John and Andy, and infant:  Steven.

Due to the unfortunate COVID-19 Pandemic, a private gathering was held at Merkle Funeral Service, Dundee; 297 Tecumseh Street (734)529-3156, and a private Mass of the Resurrection took place at St. Gabriel Parish, St. Irene Church, Dundee; 576 East Main Street.   Burial followed at Maple Grove Cemetery.   The family looks forward to celebrating Bill’s life with a public service in the future.

In lieu of flowers, the Levicki family suggest gifts of love be made to the Dundee Veterans of Foreign Wars Post 6462 or Monroe County Family Counseling and Shelter Services.   Online guests may visit www.merklefs.com.

Share Your Memory of
William
Upload Your Memory View All Memories
Be the first to upload a memory!
Share A Memory