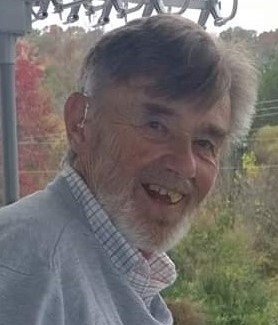 Phillip Stephen Uckele was born on November 28, 1944 in Monroe.   He was the son of the late Wayne and Isabella (Raymond) Uckele.

Philip was employed by the Conrail Railroad for twenty-nine years working as a Brakeman.   He moved to Niota, Tennessee in 2004.   Philip never let the grass grow under his feet and in fact after retirement he often commented that he didn’t know how he ever had had time to work.

Phillip appreciated staying up with current events and he constantly had CNN on to keep him in the know.   However, recently when given the choice he bypassed his beloved CNN for the State of the Union address.   Philip was also an avid football fan.   When CNN wasn’t on ESPN was.   Jim Harbaugh and Tom Brady, whose career he closely followed, were two of his favorite personalities.   In fact, football was such a mainstay that all snacks and food were prepared on Saturday to avoid any interruptions and likewise no phone calls would be taken after noon on Sunday’s.

Finally, Phillip had a special place in his life for his four-legged companions.   He shared his home with a beagle named Sam and a Yorkie named Ellie.

Phillip Stephen Uckele, age 75, of Niota, Tennessee formerly of Monroe passed away at 5:20am on Friday; February 7, 2020 at Woodvillage in Sweetwater, Tennessee.   In addition to his parents, his passing was preceded by sister:  Gwen Lapointe; brother-in-law:  Gilbert Lapointe; and sister-in-law:  Darlene Uckele.