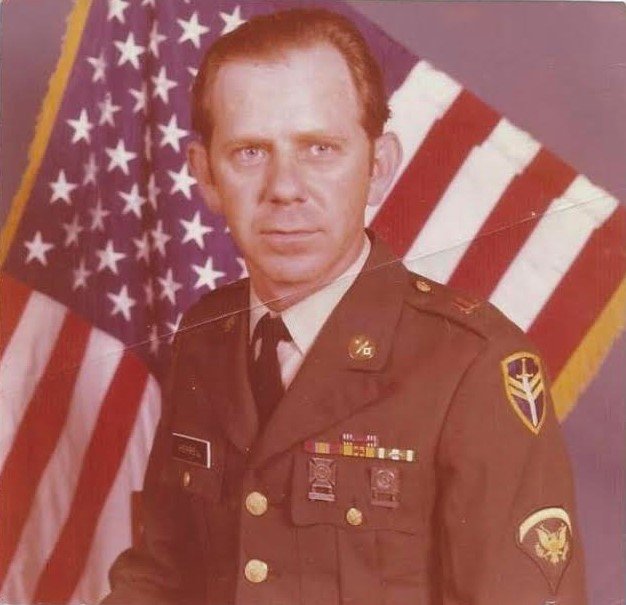 James Roy Herrell was born in Middlesboro, Kentucky on June 25, 1943.   Roy as he lovingly became known, was one of eleven children.   He was the son of the late Thurmon Herrell and the late Emily (Ervin) Herrell.    Roy would serve his country honorably during the Vietnam War obtaining the rank of Staff Sergeant.   He would later earn his GED.

Roy wasn’t afraid of hard work, and for many years he supported himself as a laborer in the packaging industry.

As a young man, Roy was well-known for his wild side.   This parlayed into being quite laid back as he matured.   Roy enjoyed spending time with family, especially with his brother-in-law:  Bud.   He enjoyed telling jokes and often looked forward to lively card games of rummy and poker.

When he had time to himself, Roy, liked to watch a little television and his favorite show was that of Gunsmoke.   He also enjoyed his country music, doing his best to sing-along with his preferred artist, Hank Willliams, Jr.

Friends may gather from 11:00am until 1:00pm on Tuesday February 11, 2020 at Merkle Funeral Service, North Monroe; 2442 North Monroe Street (734) 384-5185.   Military honors under the auspices of Monroe Veterans of Foreign Wars Post 1138 will take place at 1:00pm.   A Celebration of His Life will follow with Pastor Roy Southerland officiating also at Merkle’s.

Memorial donations are suggested to the Herrell Family to assist with funeral arrangements.   Online guests may leave words of inspiration and comfort or share a photo by visiting www.merklefs.com.

To send flowers to the family or plant a tree in memory of James Herrell, please visit Tribute Store
Tuesday
11
February