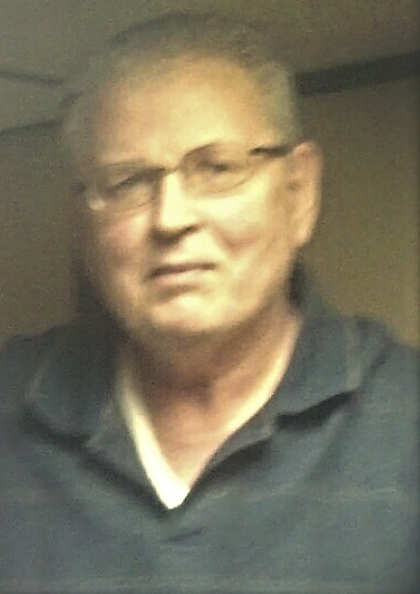 Please share a memory of Terry to include in a keepsake book for family and friends.
View Tribute Book

Terry Blaine Mullins was born in Highland Park, Michigan on March 11, 1952. He was one of three children and the only son born to Matthew and Violet Pauline Mullins of Carleton, Michigan. Terry wed the former Helen Kejonen on September 29, 1984, in Belleville, Michigan. Together the couple shared four children Kimberly, Lance,Stacey and Kristie.

Terry was quite the character and had a great sense of humor. An extremely hard worker and an all-around “family man”, he provided his family with everything they needed.   For 26 1/2 years Terry worked at McLouth Steel in Trenton, Michigan as a Pipe Fitter prior to its closure.   He retired from Chrysler Automotive (Trenton Engine Plant) in Trenton, Michigan as a Skilled Trades Oiler/ Pipe fitter after seventeen years of employment. Terry was extremely generous with his time and treasures, never hesitating to lend anyone a helping hand. The deep love he had for his family was mutual.

Terry had an appreciation for the great outdoors. He often set up his camper trailer on the weekends at Andre’s Acres Campground in Grass Lake, Michigan. He also enjoyed boating around Lake Erie with his family and driving the back roads always taking the scenic route in search for deer or other beautiful animals. Occasionally, Terry could be found at MotorCity or Greek town Casino in Detroit, Michigan where he would be standing near the band or trying his luck on the penny slots. Terry also had a strong love for music in general he loved listening to classic 90’s country music and oldies just to name a couple. You could even find him on the dance floor every now and then. While Terry was at home with his family and friends, he enjoyed watching programs of a bygone era such as “Bonanza”, “Gunsmoke”, and “The Beverly Hillbillies”. As well as watching Boxing and sports like Detroit Tigers and Detroit Redwings every chance he got.

Terry Blaine Mullins, age 70, of Monroe, Michigan, passed away peacefully at his home on Monday; January 23, 2023.   He will be greatly missed and never forgotten.   His passing was preceded by his father, a grandson: Tyler Walls; and canine companions: “Buffy” and “Chewy”.

Share Your Memory of
Terry
Upload Your Memory View All Memories
Be the first to upload a memory!
Share A Memory