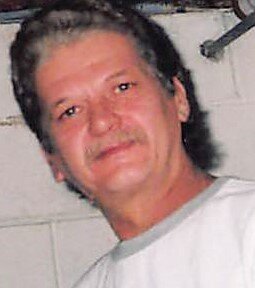 Please share a memory of Isom to include in a keepsake book for family and friends.
View Tribute Book

Isom Daniels was born in Monroe, Michigan on February 12, 1954. He was one of five children born from the union of Jerry and Zelberta (“Birdie” Stump) Daniels. Isom obtained his education through the Airport Community School system. Never one to shy away from hard work, Isom left high school early to begin a career with the Ford Motor Company as a production worker.

Isom treasured the times he spent at the family cabin near Curtisville, Michigan. Even though he preferred the company of others, he was more than willing to travel to the cottage solo in order to enjoy his Northern Michigan oasis. A true outdoorsman, Isom often had his rifle in hand as he walked the property, to practice his best shot. With many lakes located near the home, he regularly spent time fishing. Isom truly loved being outdoors and welcomed any opportunity for adventure and being one with nature.

When Isom retreated from the elements he could then be found perched in front of the television watching a sporting event.   He especially liked to cheer on the Michigan State Spartans, and the Detroit Reg Wings Hockey team.  He always rooted for his favorite Detroit Tiger player, number twenty-four, Miguel Cabrerra.  Thankfully he learned to tolerate watching the Detroit Lions football team, but only when Matthew Stafford was calling the signals behind center.

Isom loved his adult beverages, with Busch beer from the can as his favorite. He savored the taste of this brew so much; he could often be seen drinking it unrefrigerated fresh off the store floor.

Isom Daniels, age 68, of Monroe, passed away at 6:39am on Friday; January 20, 2023, at ProMedica Monroe Regional Hospital. His passing was preceded by his parents; his long-time significant other: Keitha Greiner; one brother: Jerry Daniels; and an infant, fourteen-day old daughter: Mariah Daniels.

Friends may gather on Wednesday; January 25, 2023, from 4:00pm until 7:00pm at Merkle Funeral Service, North Monroe; 2442 North Monroe Street, Monroe, Michigan 48162 (734) 384-5185. A Celebration of His Life, led by Pastor Roy Southerland, will take place at 7:00pm, also at Merkle’s. Cremation has taken place through the on-site crematory, Covenant Cremation of Erie. The family is encouraging all attendees to wear apparel from their favorite sports team.

To send flowers to the family or plant a tree in memory of Isom Daniels, please visit Tribute Store
Wednesday
25
January

Look inside to read what others have shared
Family and friends are coming together online to create a special keepsake. Every memory left on the online obituary will be automatically included in this book.
View Tribute Book
Share Your Memory of
Isom
Upload Your Memory View All Memories
Be the first to upload a memory!
Share A Memory
Send Flowers