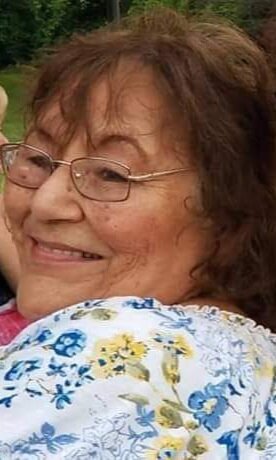 Please share a memory of Dorothy to include in a keepsake book for family and friends.
View Tribute Book

Dorothy Lillian Stoltz was born on November 2, 1943 in Monroe, Michigan. She was one of five children born to the union of George and Helen (Komandy) Stoltz. Dorothy attended Monroe High School in Monroe, graduating with the class of 1961.

On October 1, 1966 in Monroe, Michigan Dorothy married the love of her life, Gordon Magoon. The couple was blessed with four children and Dorothy was a loving, devoted wife and mother.  Gordon served on the Frenchtown Fire Department rising to the the rank of Fire Chief and Dorothy continued supporting him as a member of the fire department auxiliary.

Dorothy loved to do many forms of crafts including crocheting and knitting.   She also enjoyed baking cookies, many types of sweet goods, and cakes.   She often made her cookies and frosting from scratch.  Sharing her baked goods with family and friends brought her great joy.  Dorothy enjoyed ice fishing on Lake Erie many times attending or participating in ice fishing derbys. Camping was another of Dorothy’s hobbies enjoying camp at the Sterling State Park or in the Irish Hills area.

Dorothy was quite fond of her Umbrella Cockatoo, Tiki whom she had raised since shortly after being hatched.  This love of birds also led to being the owner of a small business.   She was the proud owner and operator of White Feather Distribution, Inc. specializing in exotic bird toys and feed.

Dorothy and her best friend, Nancy Cole had a special bond and the duo were often seen “tooling” around town.  Although Dorothy had many varied interests her most precious pastime was just spending time with her children, grandchildren and great granddaughter, Selena.

Dorothy Lillian Magoon, age 79 of Monroe, Michigan passed away at her home on Friday; January 20, 2023.  Her passing was preceded by her husband of forty-six years:  Gordon Magoon; her parents; George and Helen Stoltz; a grandson:  Ronnie Magoon; a great granddaughter: Mariah Magoon; one brother:  George Stoltz and two sisters: Eleanor Styles and Helen Brooks.