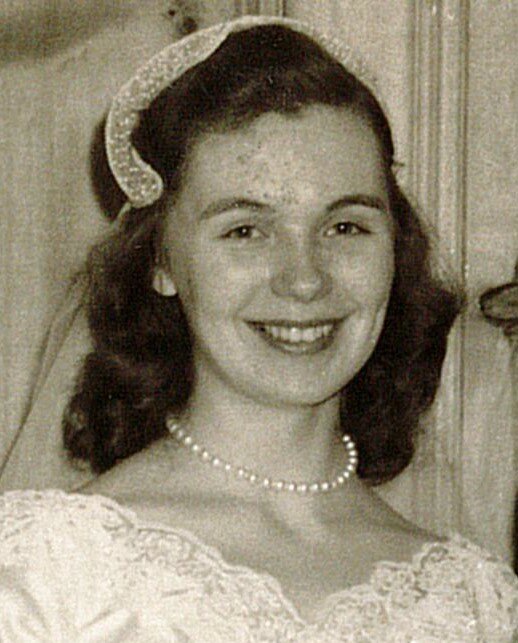 Please share a memory of Mary to include in a keepsake book for family and friends.
View Tribute Book

Mary Elizabeth McAleer was born on September 28, 1935 in Detroit, Michigan. She was one of three beautiful children born to the union of James and Margaret (Poelke) McAleer. Mary attended St. Leo’s High School in Detroit where she graduated with the Class of 1953.  Three years post-graduation, on February 4, 1956, Mary wed the love of her life, Mr. Edgar Turner. Together the couple would be blessed with a wonderful son: James.

After graduating high school, Mary worked for the Yellow Pages in Detroit for two years.  Then after her son began his schooling, Mary worked for Sack’s Furniture in Monroe, Michigan for several years before beginning her employment at Custer Beer Company in Monroe, where she worked for several more years.  She was the co-owner of the family owned Turner Music which dealt in coin operated games such as juke boxes, pool tables, video games, and vending machines. Mary was most recently employed by Sher Distributing, a New York paperback book company, where she was a Regional Merchandiser from 1998 to 2004. Mary loved to collect stamps and was a member of the Monroe Stamp Club and the Christmas Philatelic Club. She was very environmentally conscience and supportive of environmental organizations. Mary had a green thumb and loved to garden and plant flowers. She also grew milkweed to attract the Butterflies. Mary loved spending time on Belle Isle in Detroit and was proud to be a member of the Detroit Historical Society. She loved to watch television, especially reality shows such as “The Voice”, “American Idol” and “Dancing with the Stars”. Mary would record as many as she could until her DVR was full of shows.  Spending time with her family was the most precious element in Mary’s life and she always made time for them.

Mary Elizabeth Turner, age 87, passed away peacefully on Sunday, December 25, 2022 at ProMedica Monroe Regional Hospital. Her passing was preceded by her parents: James and Margaret McAleer; her brother: James McAleer; and Grandpa Poelke.

To send flowers to the family or plant a tree in memory of Mary Turner, please visit Tribute Store
Thursday
29
December