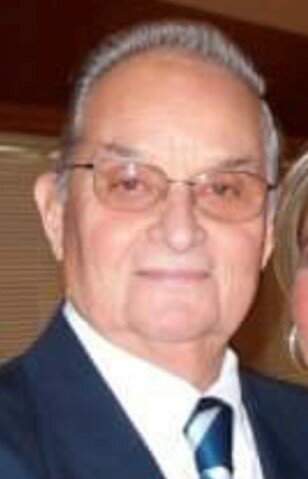 Please share a memory of John to include in a keepsake book for family and friends.
View Tribute Book

John Robert “Jack” DeBruyne was born in Monroe, Michigan on November 25, 1933. He was one of eight children born to Robert and Ruth (Straub) DeBruyne. Jack proudly served his country in the United States Navy from 1951 until 1955. He met his bride, the former Jean Marie Holmes, while he was stationed in Boston, Massachusetts.   Just three weeks after their initial encounter the couple were wed at the base on July 31, 1955.   They later confirmed their vows at Gate of Heaven Catholic Church in South Boston.

Jack and Jean were soon blessed with six mouths to feed, three boys and three girls.   He was a hard worker and provided for the needs of the family.   Jack was employed as a glazier for Ohio Plate Glass Company (later Toledo Mirror and Glass).   His career spanned more than fifty years before his retirement in 1994. The family received their spiritual nourishment being active parishioners of St. Michael Catholic Church in Monroe.

Jack was a member of Monroe Veteran of Foreign Wars Post 1138, the American Legion Post 193 of Luna Pier, Michigan, and the Monroe Moose Lodge 884. For many years Jack bowled on a league at Nortel Lanes where he was known as “Captain Jack”. He also enjoyed playing Euchre, horseshoes, and darts with his children. An avid fisherman, Jack loved floating around Lake Erie with his grandchildren in hopes of catching a worthy Perch or Walleye. He spent time with his son in-law at gun shows where they shared their mutual interest in firearms.

A notorious channel flipper, Jack’s interest in television programs was usually short lived unless he came across an episode of “Gunsmoke”, “The Riflemen”, or a Detroit Red Wings hockey game. He was also entertained by trying his luck on scratch off lottery tickets. A jokester, Jack loved to constantly use his gift of gab to get a rise out of those around him.   To know Jack was certainly to love Jack.