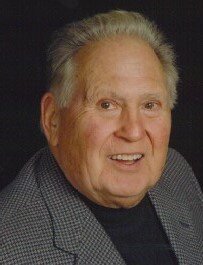 Please share a memory of Jack to include in a keepsake book for family and friends.
View Tribute Book

Jack Younglove was born on January 18, 1937, in Monroe, Michigan. He was one of seven children born from the union of Earl and Pauline (Steinman) Younglove. Jack attended Catholic Central High School in Monroe graduating with the class of 1955.  Jack served in the Army between 1960 – 1962.  He was stationed in Germany.   Jack would meet and marry the love of his life, the former Kayellen Fackler and they were married on Jan 9, 1960. The couple would be blessed with the birth of two children.

Jack Younglove, age 85, of Monroe passed away due to complications from Parkinson’s disease.   His passing was preceded by his parents; a sister: Margaret Kroeger; a brother: Thomas Younglove; a godson: Gregory Grubb.

Memorial donations may be made in Jack’s memory to Christian Appalachian Project https://www.christianapp.org.  Online guests may leave words of inspiration and comfort, or share a photo by visiting www.merklefs.com.

To send flowers to the family or plant a tree in memory of Jack Younglove, please visit Tribute Store
Wednesday
26
October

Lie In State for Jack Younglove

Mass of the Resurrection for Jack Younglove