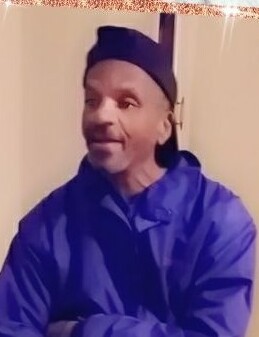 Please share a memory of Ronnie to include in a keepsake book for family and friends.
View Tribute Book

Ronnie Lee McFadden was born on October 24, 1961, in Texarkana, Arkansas. He was one of eight children born to the union of Fred and Mildred (Pree) McFadden.  As a young boy Ronnie moved to Michigan.   He attended Monroe High School for a period of time before transferring to Detroit Kettering High School in Detroit, Michigan where he would graduate with the class of 1979.

For many years, Ronnie was employed by the State of Michigan as a custodian tending to the needs of the State’s Welcome Centers.

At an early age, Ronnie obtained the nickname “Wolfgang”.   He would often refer to himself and his buddies as the “Polish Players’’.   This special group of friends enjoyed dressing up and going out on the town.   Ronnie loved to dance and watch western movies.   His favorite movies always starred John Wayne or Clint Eastwood.   He also enjoyed watching educational shows about animals or any classic military movie, the older the better. Ronnie and his friend Gary Blunt liked to fish at the Port of Monroe for whatever they could catch.   He also spent time with Steve Campbell fishing at some of their favorite spots. He enjoyed hanging out with his best friend, Carl Ford and doing “guy things” partaking in any sports activity. Besides Ronnie’s daughters and sisters, he had two very special women in his life; Mother Mitchell, who was like a mother to Ronnie and Ms. Barbara Cheatham who was an inspiration for Ronnie.

Growing up, Ronnie was to say the least an adventure to be around.   He and sister Linda were partners in crime and if she started a fight, Ronnie was sure to finish it.   Later in life, he became a born-again Christian.  Ronnie was a proud member of the Oaks of Righteousness.  He was very outgoing and enjoyable to be around with a wonderful sense of humor.

Memorial donations are suggested to the McFadden family to assist with funeral arrangements.   Online guests may leave words of inspiration and comfort or share a photo by visiting www.merklefs.com.

To send flowers to the family or plant a tree in memory of Ronnie McFadden, please visit Tribute Store
Friday
28
October