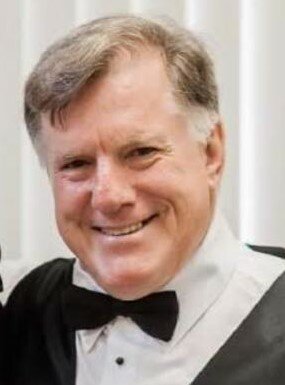 Please share a memory of Raymond to include in a keepsake book for family and friends.
View Tribute Book

Raymond Paul Sexton was born in Detroit, Michigan on August 15, 1953. He was one of nine children born from the union of Donald James Sexton and Shirley Elfrida (Olrich) Sexton. He graduated from Trenton High School and furthered his education by taking courses at Wayne County Community College and University of Michigan-Dearborn.

Raymond worked at Guardian Glass and then 20 years for Detroit Edison. While at Detroit Edison, he took the opportunity to learn every trade offered to him, completing his career as a Journeyman Electrician. He married the love of his life, the former Alice Frame, on September 29, 1990. The couple was blessed with five children between them. Raymond was a devoted follower of Jesus Christ. He loved listening to Scripture on tape and spending time praying. He was very involved in the ministry of any church he was attending.

Raymond was a talented woodworker. He painstakingly created many pens and handcrafted furniture including several coffee tables and cabinets for his home. He was proud of the beautiful workbench he made only using wooden pegs and dove tail joints to secure the masterpiece together. He also built the family’s current and previous homes. Although he contracted someone to frame, he completed the design, electrical, plumbing, and finishing. He was known as Mr. Fix-it to many due to his extensive skill at being able to problem-solve and fix most anything.

Besides his Lord, Raymond loved his family dearly and especially adored his grandchildren. Raymond was known by family and friends for the delicious dinners he created. Family favorites included spaghetti, chicken paprikash, ribs, and apple pancakes. He was also known for his barbecue sauce, salsa, and sweet pickles. He often could be seen playing and interacting with the grandchildren as though he were a young boy himself. Although he filled his time with many different activities, Raymond was never too busy to take in Earth’s beauty. He enjoyed spending time with others while camping or tossing a line in the river behind his home. The back fence was lined with the beautiful rose bushes he loved to grow.

Raymond Paul Sexton, age 69, of South Rockwood, passed away at Beaumont Royal Oak Hospital on Tuesday, October 11, 2022. His passing was preceded by his parents; a daughter: Ekaterina Carter; and four siblings: William, Joseph, Timothy, and Shawn.

In lieu of flowers, memorial donations may be made to Oaks of Righteousness Village. Online guests may visit www.merklefs.com to leave words of inspiration and comfort or to share a photo.

To send flowers to the family or plant a tree in memory of Raymond Sexton, please visit Tribute Store
Sunday
16
October